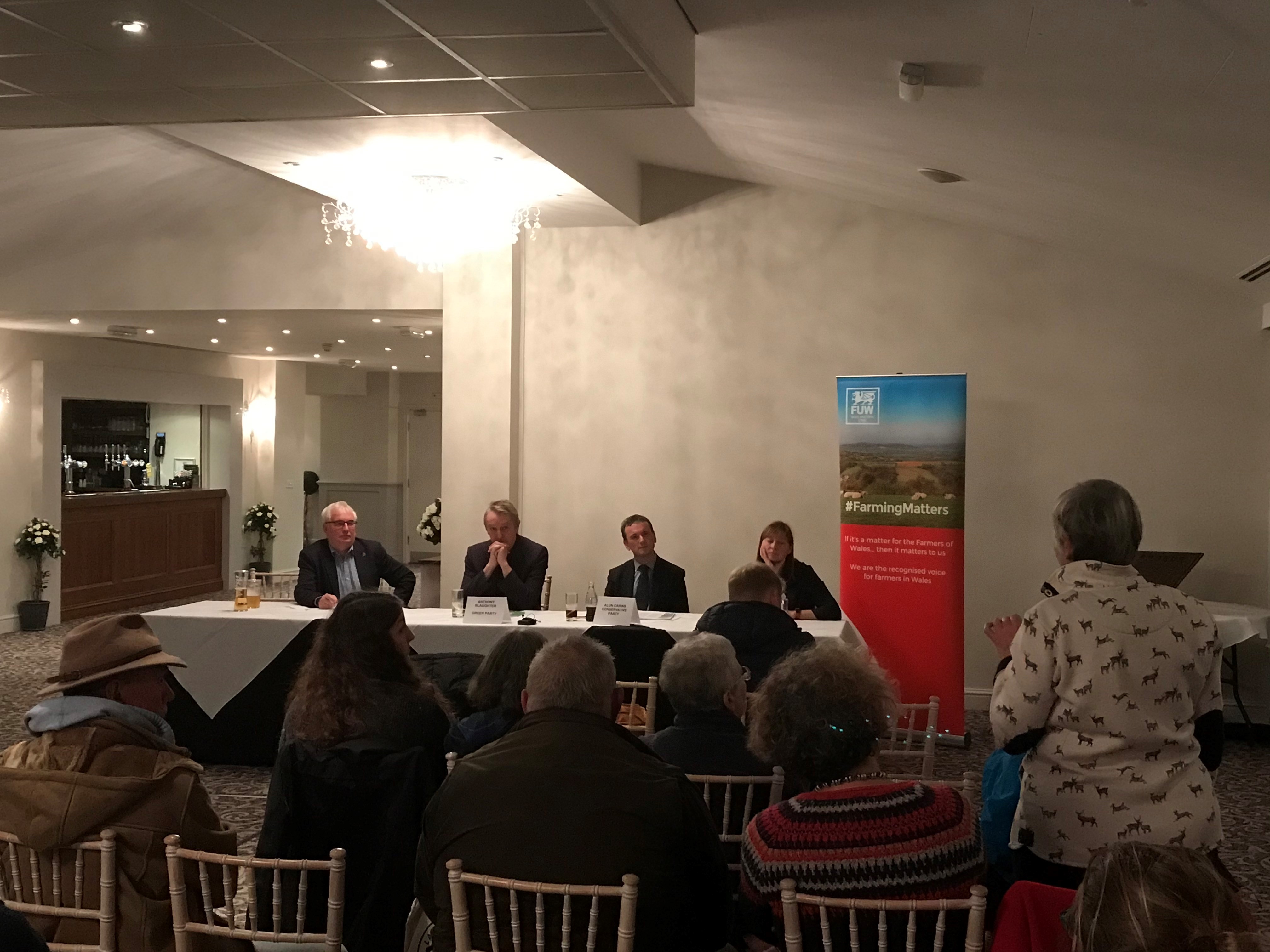 Farmers from the Vale of Glamorgan came together to quiz the general election hopefuls in an agricultural husting event, which was held at the Bear Hotel in Cowbridge.

The well-attended event, which was hosted in partnership with NFU Cymru, heard from Alun Cairns (Conservative), Belinda Loveluck-Edwards (Labour) and Anthony Slaughter (Green Party), as the candidates outlined their party policies before the floor was opened to questions from the audience.

FUW Glamorgan chairman Richard Walker said: “I would like to thank the candidates who joined us on the night for their contributions and the thought-provoking conversations.

“It was by no means a single subject discussion and our farming members engaged with the candidates about some of the more local issues that affect their livelihood and community.

“Topics including climate change, bovine TB, a second referendum and the current Brexit deal, how Brexit would impact on animal welfare standards and food imports and also the supermarket stronghold on the consumer market and the need for a Grocery Adjudicator with stronger powers.

“I hope farmers now have a clearer idea of what the parties are offering and feel that they can make an informed decision when they take to the polls on 12 December.”