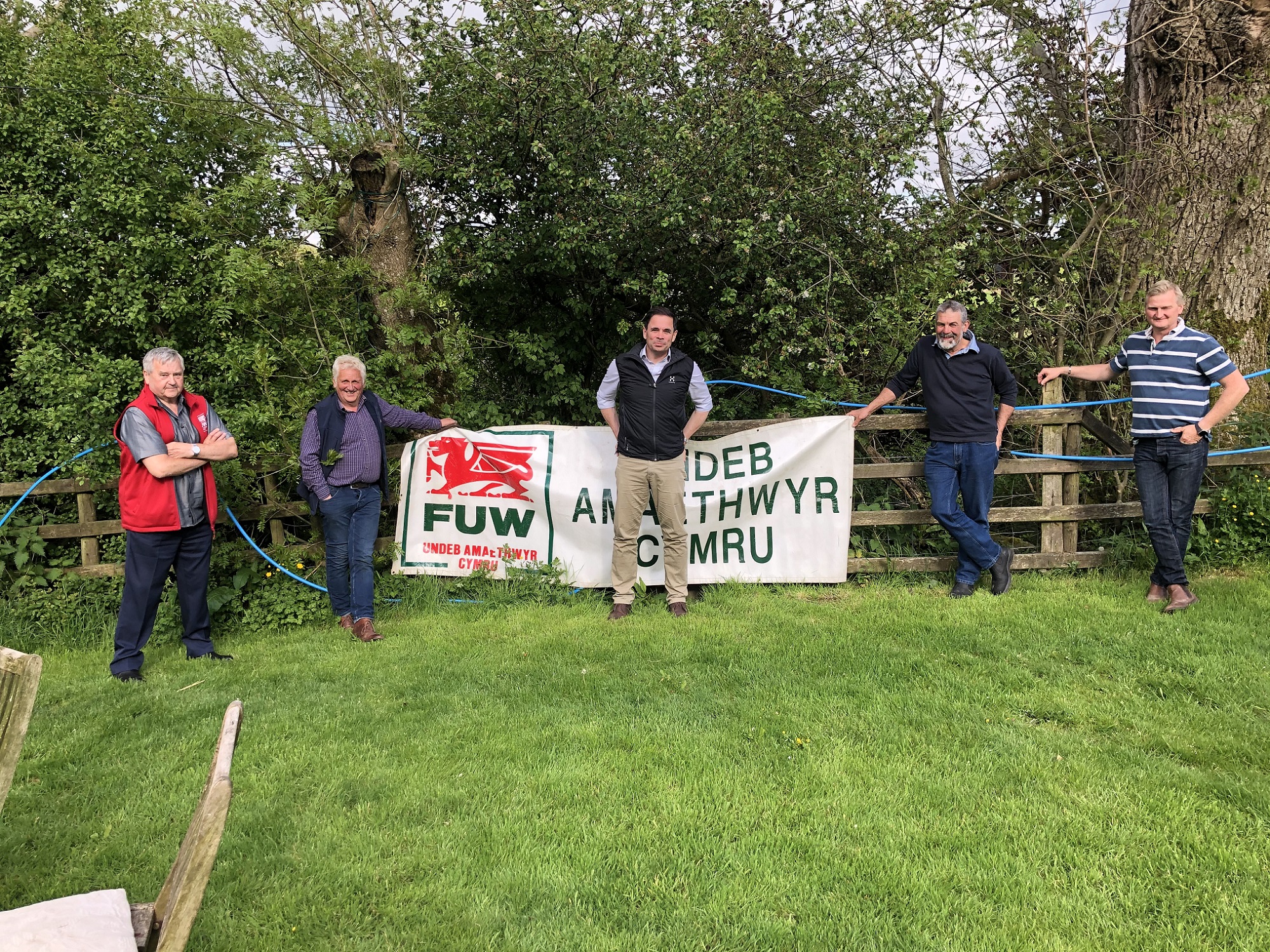 Farmers’ Union of Wales members from Caernarfonshire and Denbighshire have outlined their concerns and objections to the free trade agreement with Australia at a recent meeting with Aberconwy MP Robin Millar.

Speaking after the meeting, which was hosted by FUW President Glyn Roberts at his home farm Dylasau Uchaf, near Betws y Coed, FUW Caernarfonshire County Executive Committee Member Dafydd Gwyndaf said: “We made it very clear in our meeting with Robin Millar MP that trade deals lock the current and future governments into them, and as such need time and thorough scrutiny.

Mr Gwyndaf said the FUW had therefore asked him to do all he can to oppose such a trade agreement and ensure detailed scrutiny takes place.

“Claims that a liberal deal with Australia should not be feared since current import volumes are extremely low and unlikely to increase are clearly nonsense. If such arguments had any merit, then maintaining the current quota would not be controversial and would not be opposed by Australia,” added Mr Gwyndaf.

Australian politicians and industry representatives, Mr Gwyndaf told the MP, have been candid in expressing their view that the UK is a major target for the expansion of sales of red meat in particular.

FUW Denbighshire County Executive Committee Member Elwy Williams added: “As it stands - we in Wales have no ability under existing legislation to reduce our standards to the extent that they come close to meeting the competitive advantage that Australian imports would enjoy. Doing so to any extent like that would equate to a ‘race to the bottom’ that would add to friction for our exports to our main markets in Europe.”

Beca Glyn, Eryri YFC Chair, further highlighted that differences between UK and Welsh  rules and standards are foremost amongst an array of concerns regarding any deal that allows an increase in food imports from Australia and other such countries, whether in the near or distant future. “It is an insult to our industry that we are going to have to compete with imports produced in ways which are legal in Australia but would put a Welsh farmer in court,” stated Beca Glyn.

Other concerns highlighted in the meeting include differences between employment regulations and standards, scale, land availability and taxation regimes.