The greatest honour for the teacher, farmer, and leader from the Senni Valley, Glyn Powell 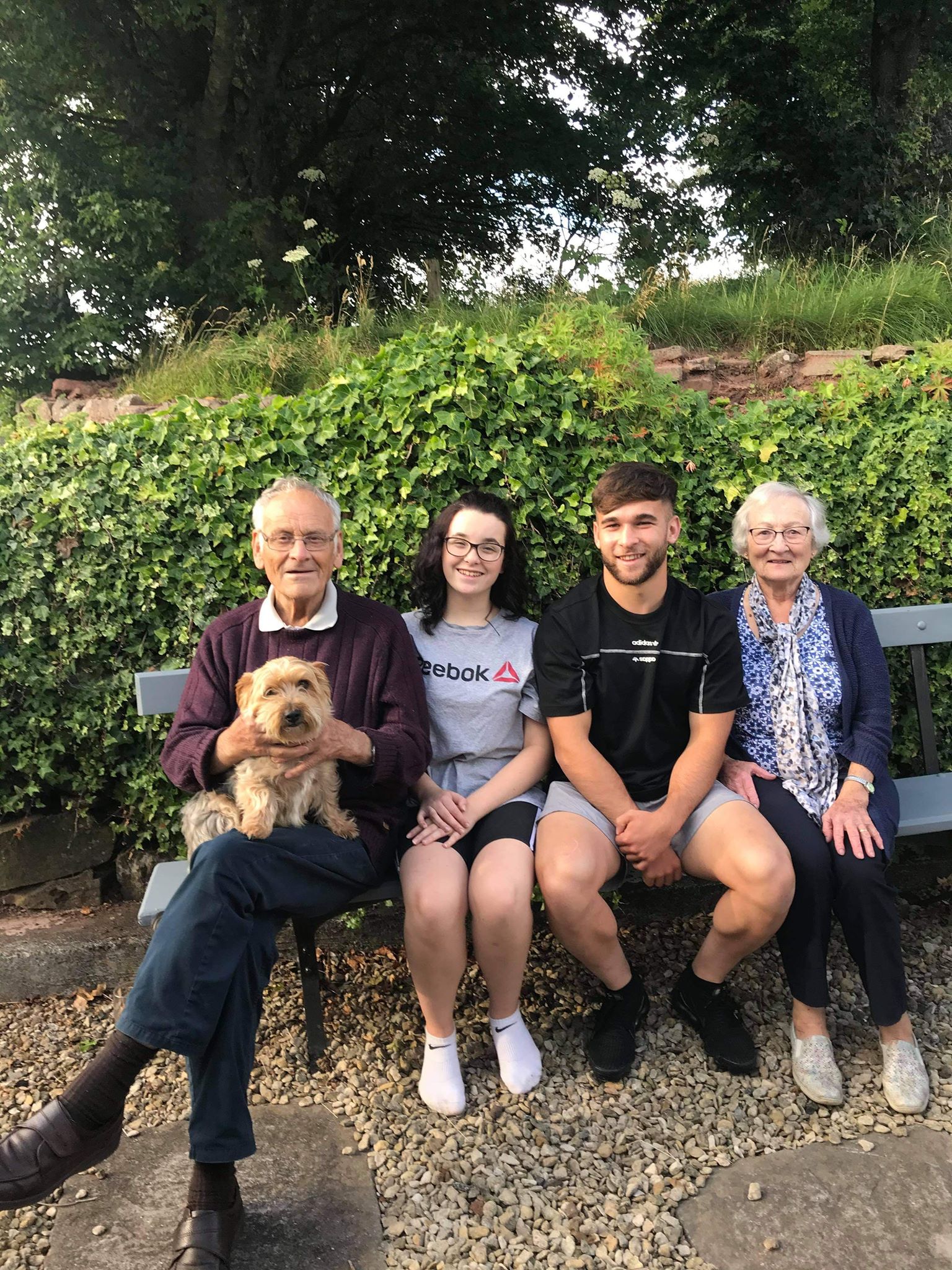 It is a privilege and honour to be able to share some good news about one of the stalwarts of the Farmers' Union of Wales. Although the Ceredigion National Eisteddfod has been postponed for a year due to Coronavirus, the National Eisteddfod of Wales Gorsedd of Bards recently announced that they will honour Glyn Powell, Sennybridge, FUW Life Member with the Blue Robe during the Ceredigion 2021 Eisteddfod in Tregaron.

Traditionally, those who have succeeded in the fields of Law, Science, Sports, Journalism, Media, local/national activities become Honorary Druids – Blue robes - for their services to the nation.  Without a shadow of a doubt, Glyn fully deserves this honour.  But how do we go about describing Glyn's lifelong contribution in a few words? Scholar, writer, teacher, farmer, leader and someone who has recorded people and their history - the list is endless, and that of course, without mentioning his invaluable and loyal contribution to the Farmers’ Union of Wales.

To give us more of an insight into Glyn’s achievements and to extend his personal congratulations, our President Glyn Roberts said: “As President there are many things that I enjoy doing, and to be honest, sometimes there are some really difficult things to do. But it is a great pleasure to congratulate Glyn Powell on receiving the Blue Robe in recognition of his service to his area and to Wales, and we look forward to next year's Eisteddfod in Tregaron to see him being accepted into the Gorsedd of Bards’, with the Blue Robe, a service to his nation.

“His father was a shepherd's son on the nearby Cnewr estate, and his mother from Epynt. Although Glyn climbed to a high level in education by being the Principal of Brecon High School, (hopefully studying at a North Wales University influenced him!), he never forgot his roots, as he was very active in everything that involved the Epynt, and fought to save the Senni Valley from being drowned. He has been, and remains, a great benefactor of the Welsh language and culture.

"As an ambassador for agriculture, I’m sure that most readers of Y Tir know Glyn, as he was our Vice President between 1995 and 2000, and then deputy from 2000 to 2002. During this time one of his greatest challenges was during Foot and Mouth. It was a pleasure to hear Glyn discussing the pressing issues of agriculture on the media, by raising the standard of the discussion and awareness of agriculture to a very high standard.

“One of the first times I heard Glyn speak publicly was at the Union’s Council in 1995 when he was elected Vice President. There was something quite dignified in the way he rose from his seat to address us, and that dignity continued until he sat back down at the end of his speech. It was a very memorable speech which he concluded by quoting Saunders Lewis “My country of Wales is a vineyard, given into my keeping: to be handed down to my children and to my children's children, as an inheritance for all time. It’s one thing to quote that piece with so much conviction, but it’s another thing to realize the vision, but that is exactly what Glyn did, by securing a future for the Senni Valley and also letting his farm to a young person.  Congratulations Glyn, you totally deserve this honour.”

Through the assistance of his daughter Bethan, I had the opportunity to ask Glyn what it feels like to receive the Blue Robe: “It's nice to be in such honourable company in the Blue Robe with Bob Parry, Emyr Jones and Glyn Roberts. This honour is a tribute to the support of friends and communities who have helped and supported me over the years. ”

When I started working for the Union almost eighteen years ago, Glyn Powell was one of the first people I met, at Head Office in Aberystwyth. I was aware of his extensive contribution, and his service to both his local area and nationally, so it was great to meet the man himself.

He campaigned to oppose the use of the Epynt Mountain as a cull area during the challenging Foot and Mouth epidemic, and when the Senni Valley was under threat of being drowned to supply water to Cardiff, Glyn led the way, as Secretary of the Cwm Senni Defence Committee, a battle that lasted from 1963 to 1972. It's very easy to see how he managed to win the support of the community because people are important to him, and he gives the same respect to everyone in his company.

I am sure you will agree that this is echoed in his words above, as he thanks everyone else. So here's our thank you to you Glyn. Few people know, that Glyn, quietly and behind the scenes, continues to maintain close contact with what is happening within the Union. Personally I know he picks up the phone to have a chat and to complement the content of Y Tir, and his words and encouragement go a long way and gives us the confidence to carry on doing what we can to ensure that the Union goes from strength to strength.

So, very simply, on behalf of everyone in the Farmers' Union of Wales, thank you Glyn.