A perfect combination of farming and singing 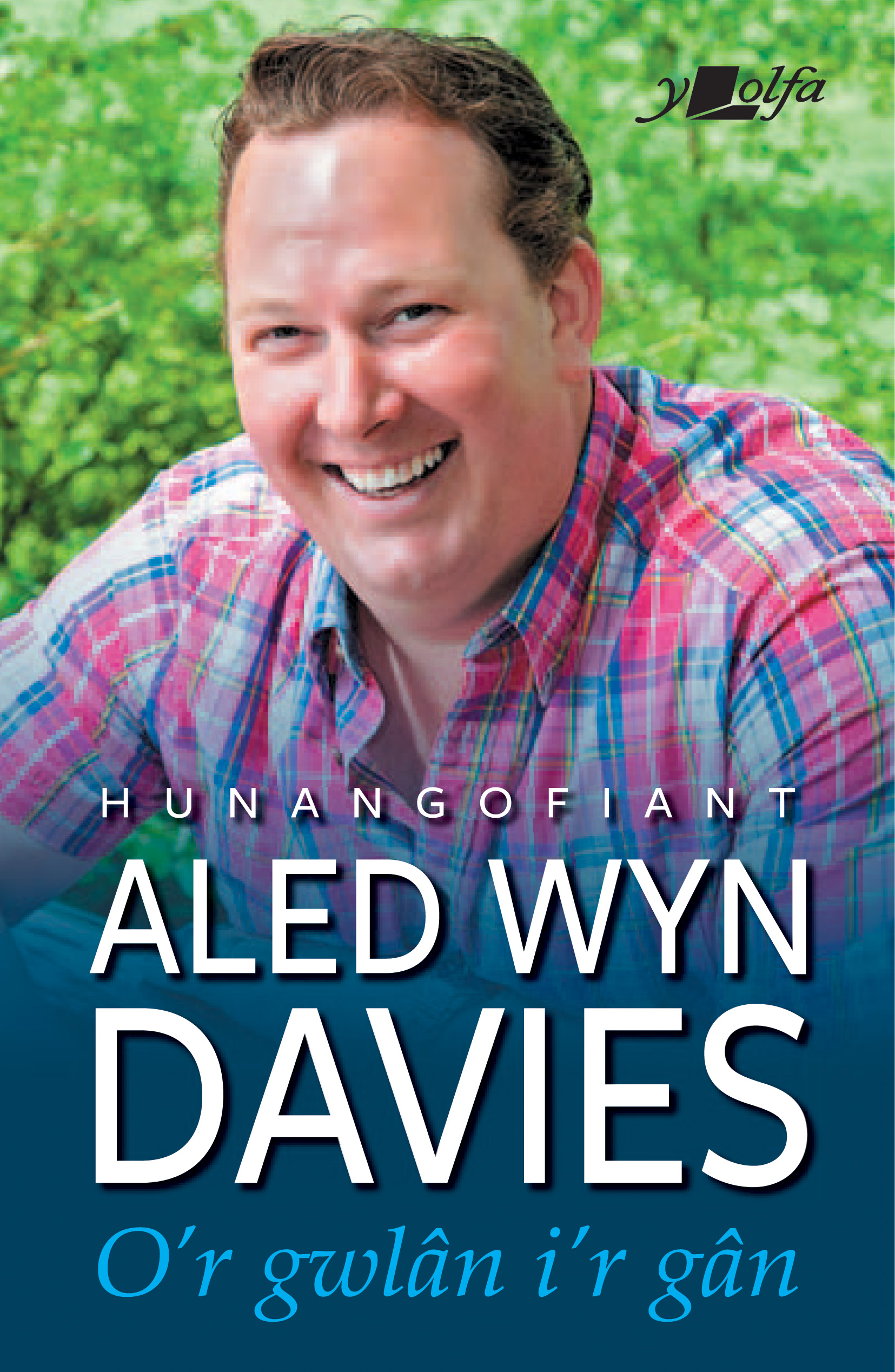 Do you have a talent? Singing, reciting, acting? I don't see myself as a very talented person, I dabble in many things and specialize in nothing! Although I love listening to all kinds of music, I couldn't sing a note to save my life! It is a pleasure therefore to be proud of other people’s talents, and this is exactly what is being celebrated in a brand new book, O’r Gwlân i’r Gân which has just been published by Y Lolfa.

Here is the story of farmer Aled Wyn Davies, or Aled Pentremawr as he is known. Although Aled is a man of his community in Llanbrynmair, he has had the opportunity to travel the world thanks to his talent as a singer.

What is very apparent from the autobiography is the way farming and singing are perfectly intertwined all the time. The YFC played an important role in Aled's early days as a singer as he competed in various musical competitions, as well as the funny ones - the sketch, the funny duet and the miming to music.

We find out more about how the singing developed which led Aled to winning the Blue Ribbon competition at the Swansea and District National Eisteddfod in 2006. But despite Aled's singing talent taking him on numerous tours around the world; the farm and his community were too much of an attraction, and he chose to stay home to farm, rather than take the plunge as a full-time singer, thanks to the inspiration from the North American newspaper Ninnau, a fascinating story!

The story of the Pentremawr family, who have been members of the Union since the early 1960s, and the agricultural side is as important and interesting as the singing.

In September, Corner Clecs referred to Brianne, and the sacrifice of agricultural families in the area to leave their farms to make way for the reservoir. This is exactly what happened to Aled's family, as the family had to leave Aberbiga, a farm that was flooded as a result of the formation of the Clywedog reservoir in 1964-67.

Although the family had lived there for almost a quarter of a century, they had no choice but to leave, even though the local residents campaigned vigoursly to stop the dam. Their efforts were unsuccessful and the door of Aberbiga farmhouse closed for the last time in 1964 along with a number of other farmhouses.

The family moved to Pentremawr, and this is the heart of Aled's passion for farming and the Welsh countryside. Alongside his musical talent, Aled is also a renowned shearer, and shares his entertaining experiences in the field. We can enjoy hearing tales from the local show in Llanbrynmair to discovering his competitive side and winning his friend’s memorial award, the Huw Harding Memorial Award, at the Royal Welsh Show.

There is another strong element to Aled's life, the most important one of all. We get a detailed insight into Aled's family life, from his happy upbringing with his sister at Pentremawr, to his own family, his wife Karina, and children Aria and Aron. It becomes very clear how important family is, and even seeing the world’s attractions, after two weeks away, Aled admits that the longing for home and the family is too much – Here is where I’m meant to be.

But why choose now to put it all down on paper? Here's Aled to explain more, and his passion for his community:-

“It’s a remarkable feeling to be able to tell my story in a book like this – something I never thought I’d be doing at 46 – but after years of competing in different fields and experiencing so much whilst travelling the world, now’s the time to write about my memories before I forget them!”

“My heart has always been in the world of agriculture here in Mid Wales, and it would take something major to lure me to a big city, far away from the beauty and serenity of Maldwyn. I love that I’m able to combine my love for singing and farming and find balance between the two.”

O’r Gwlân i’r Gân is a 268 page book of fun and humour, and everyone who reads it will surely be able to relate to many of the different little stories! Aled's homely language and style attracts the interest, and is an ideal book to read in front of the fire with a cup of tea, a bargain for £12.99.