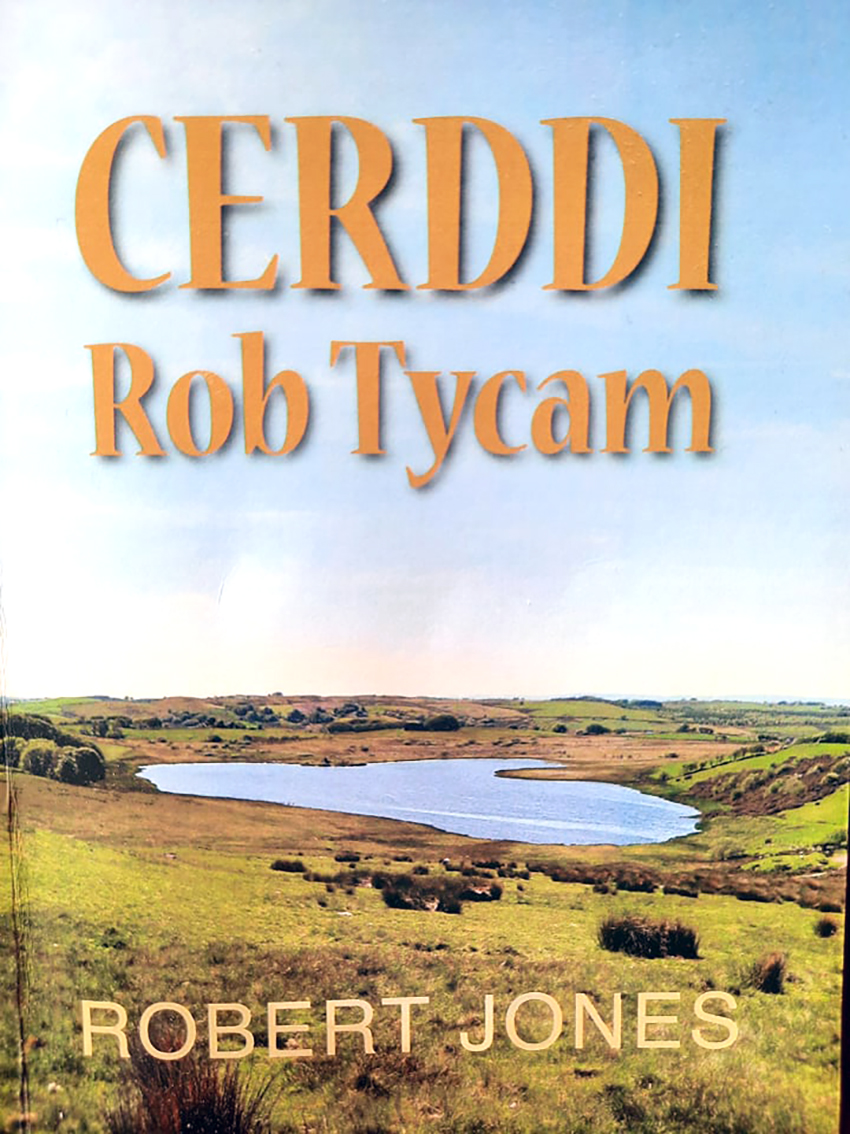 A whole community lost a very special person when Rob passed away, far too early, in 2018.  But he certainly left his mark on this world! Rob also left his mark on our family, a close friend, and best man at our wedding.

The loss of such a great character like Rob, left a massive gap in the lives of his wife Ann, his children Llyr, Gwenan and Ffion, and also on the many other lives that he touched. A whole community has the greatest of respect for the family for the way they have gone about remembering Rob and helping others in the process.

Rob Tycam was one of the contemporary poets of his native rural area, Mynydd Bach, which stands above Trefenter in Ceredigion. He left school at the age of 14 and was a farmer by profession. And it was whilst going about his daily work on the farm that he found his inspiration and would start writing on any piece of paper he could find in his pocket! In memory of Rob, the family decided to publish his work, and recently Cornel Clecs had the opportunity to ask Ann more about the book, and the family’s amazement at how much support it’s received:

“Rob would compose poetry and write regularly throughout the year. The themes chosen would depend on which Eisteddfod literary competitions would arrive at the house, or if a wedding or special birthday was happening.

“If an unusual turn of events occurred, this would often be the trigger to compose some poetry. When composing, he would escape to his own little world and it would be futile to try to hold a conversation or discuss anything during this time! Then, the 'masterpiece' would appear, whether it was a sentence, a verse or a limerick, so that we could give our opinion on it. I must admit that I (being a teacher) can be very harsh in my criticism!

“As a result, he’d set about improving the work ready for it to be re-read.  When he was happy with the finished piece, he would then ask me to type it out. Life was often busy, and I would groan at the request. But everything had to be typed out and Rob would sit by my side at the computer and I’d try to understand his writing!

“On many occasions, he found it difficult to understand his own handwriting, and we would both burst out laughing as a result! Often the content was hilarious too, and this would only contribute more laughter to the situation! The Turkey’s awkward translation continues to make the children and I laugh like fools!

“The concept of ​​collecting and creating a book of his work seemed quite easy at first, but admittedly we had to put in hours of collecting, typing and writing to get the book to its finished version. But it is a relief to know that the best of his work is all now safe in a book, and that his personality and sense of humor are reflected throughout the work.

“The response to the book has been fantastic so far, which is a relief, as we doubted and questioned whether the work was good enough to warrant the creation of a book of the content. There’s an English saying "Publish and be damned" and I tend to agree with this saying now! Seeing the book on a shelf in a shop, it was difficult to know what the public would think of it. Of course, each person's interpretation of the work is different, but we are heartened to hear that people are enjoying it.

“Hearing a stranger asking for the book at Siop Inc, Aberystwyth the other day was amazing! The book is now available at Llanrhystud Post Office, Siop y Pethe and Siop Inc in Aberystwyth as well as Clynderwen & Cardiganshire Farmers (CCF) in Aberystwyth at a cost of £8. Anyone is welcome to contact Gwenan, Ffion or myself on Facebook or by calling 01974 272317.

“We would like to thank everyone who has already purchased the book and for all the support. All proceeds will go to a well-deserved and a very close cause to our hearts as a family which is the establishment of the new Chemotherapy Unit at Bronglais Hospital, Aberystwyth.”

So, in a nutshell, that's Rob Tycam. The character that had so many levels to his personality.  Reading a tribute to her father by Gwenan in the book, you will certainly get a good idea of ​​his character. The one who could identify and work with the area’s young people, a Welshman, a nationalist, a champion of the Welsh language, traditions, and the struggle to sustain our communities and way of life. Yes, that's Rob Tycam.