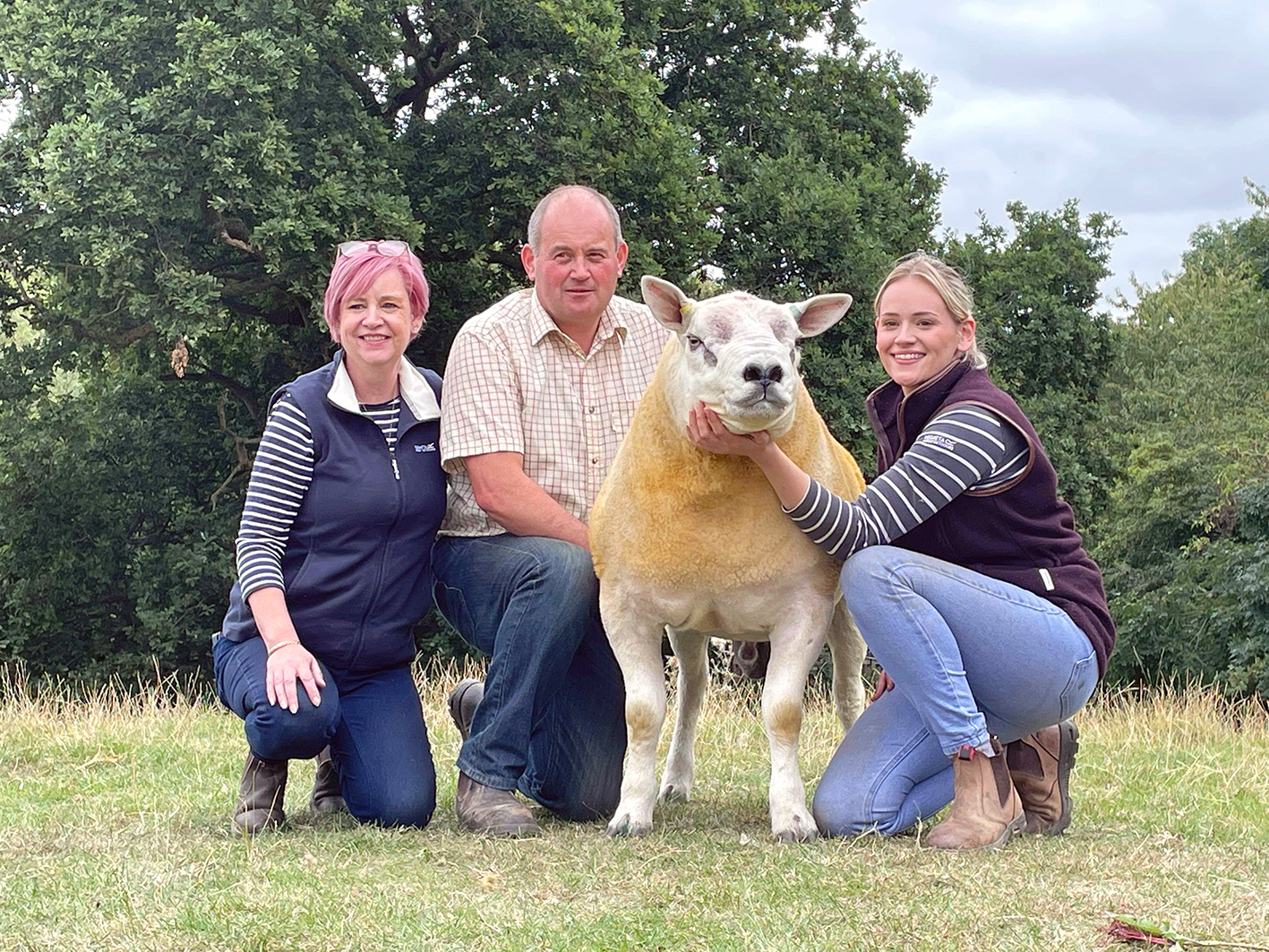 As I write this month’s Cornel Clecs, it's important to note the date, Wednesday 22 September 2021 - which of course marks the beginning of the Autumn - the Autumn Equinox. It's a very important season in the farming calendar too - the time when farmers across the country start preparing for spring, and think about the ram season.

It has been a very busy time for the ewe lamb, breeding sheep and ram sales for several weeks now, with daily auctions taking place in every corner of the country and beyond.

Prices have generally been very kind to the sellers (not so much for buyers!) throughout the summer, and the sheep auctions are no different. One Ceredigion family, who are members of the Union, had an unforgettable day at The English National Texel Sale at the end of August. Caron Dynamite, a yearling ram belonging to the Williams family of Cilcennin, Ceredigion, was sold for an incredible £32,000gns and broke the McCartneys Livestock Auction record in Worcester. Here is Gwilym Williams, owner of Dynamite to explain more about the incredible achievement:

"The Caron flock started in 1988 after buying sheep in Builth," explains Gwilym. “My Mum and Dad, Gerallt and Eileen Williams, Llys Y Wawr, Penuwch, near Tregaron, started Caron. After buying the first sheep, the family then decided to compete in local agricultural shows in Ceredigion and Carmarthenshire.

But was the family aware that Caron Dynamite was a special one from the start? Gwilym recalls the day the lamb was born: “He had sharp eyes, strong legs and a square back. And in February this year Dynamite began to develop character, power and shape. Since then Dynamite was constantly changing, he had shape, a wide back and stood square on his feet. It was a pleasure to see him standing in the field, with his head held high and looking well.”

“When we arrived at the mart in Worcester, Dynamite caught the eyes of many breeders from England and Scotland. As a family, we decided to take Dynamite out to the show before the sale, and had the privilege of winning first prize out of a strong class. After receiving the red rosette, Dynamite didn't have much peace with lots of people coming to see him and showing great interest.

“On the day of the sale the nerves worsened every hour. There was a lot of excitement around the pen, and that excitement followed us into the sale ring. Dynamite went into the sale ring with me and my daughter, Lowri. The first bid started at £10,000, and the money went up every two thousand. Next thing, Dynamite was selling for £30,000! We were trembling and unable to believe that something like this was happening to a small family from Tregaron! And then the auctioneers shouted out the number "£32,000gns", the crowd went quiet, the hammer went down and we heard the words "Caron Dynamite, sold for £32,000gns to the Halbeath flock, Aberdeen and Maerdy Flock, North Wales.” The crowd began to applaud us as a family. An amazing dream. ”

So what does the future hold for the Caron flock after Dynamite's success? "The success of Caron Dynamite is going to be unforgettable for us as a family," explains Gwilym. “The sale of Dynamite has given the Caron flock confidence to carry on, and to produce more rams to this standard. And hopefully one day, we can have this privilege again and sell a ram at a good price.”

Waw, what an incredible story! Many thanks to the family for taking the time to share it with us, and I'm sure you'll agree that everyone is going to remember Caron Dynamite's name! And behind Dynamite's success is a wonderful story of a family’s pride sharing the success. The Williams family - Gwilym, Nerris, Jenna, Lowri and Cennydd would like to thank family and friends for their support and blessing throughout this wonderful experience.

Good luck to Caron Dynamite too - remember the name, the story of the £32,000 ram from Ceredigion will be remembered for many years to come!