Oinc Oink and the oink oinks going from strength to strength 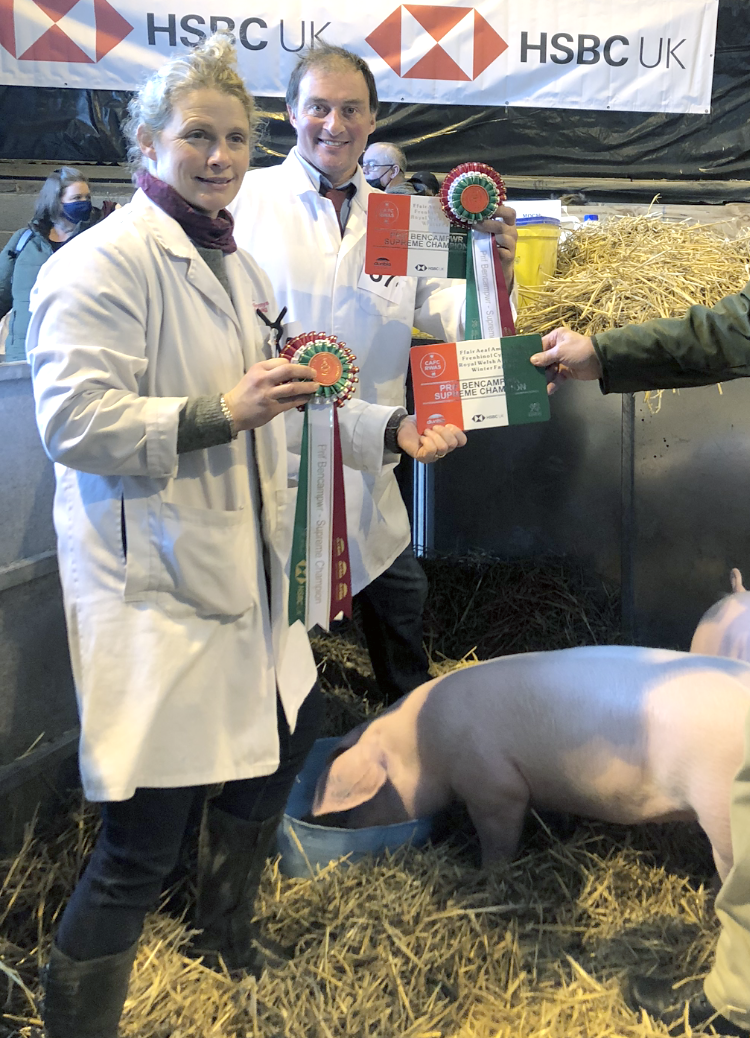 Happy New Year, and welcome to the first Cornel Clecs column of 2022 - let’s hope that we’ll all have a full year of good health, success and happiness.

Here’s Ela to explain a bit more about Oinc Oink's background: "The desire to keep pigs started after attending the Winter Fair in Builth Wells in 2006," explains Ela. "In March 2007, we bought two pregnant Welsh gilts, who had piglets in May, which we fattened and sold the meat to family and friends. During this time the idea of ​​establishing a company was developed and Oinc Oink came into existence.

"Although there was no intention initially to show pigs at shows, we did attend the Spring Fair in Builth Wells in 2008, with two gilts. We had great success and we caught the showing bug.

"Fast forward to today, we have won the main championship at the three shows held annually in Builth Wells (before Covid). In 2016 we had the privilege of winning Pedigree Pig Breeder of the Year, hosted by the British Pig Association (BPA), at a national awards evening in London. We have also had success with our produce receiving a Gold award for our sausages as well as winning Supreme Champion for our Welsh pork and cheese sausages throughout Britain and Ireland.

“In 2014 we embarked on an initiative of pig roasting, which is now a very important part of Oink Oink. We have travelled as far as Coventry and Birmingham with our pork, but most events are local to North Wales, from weddings, birthdays, food fairs, and even funerals.” 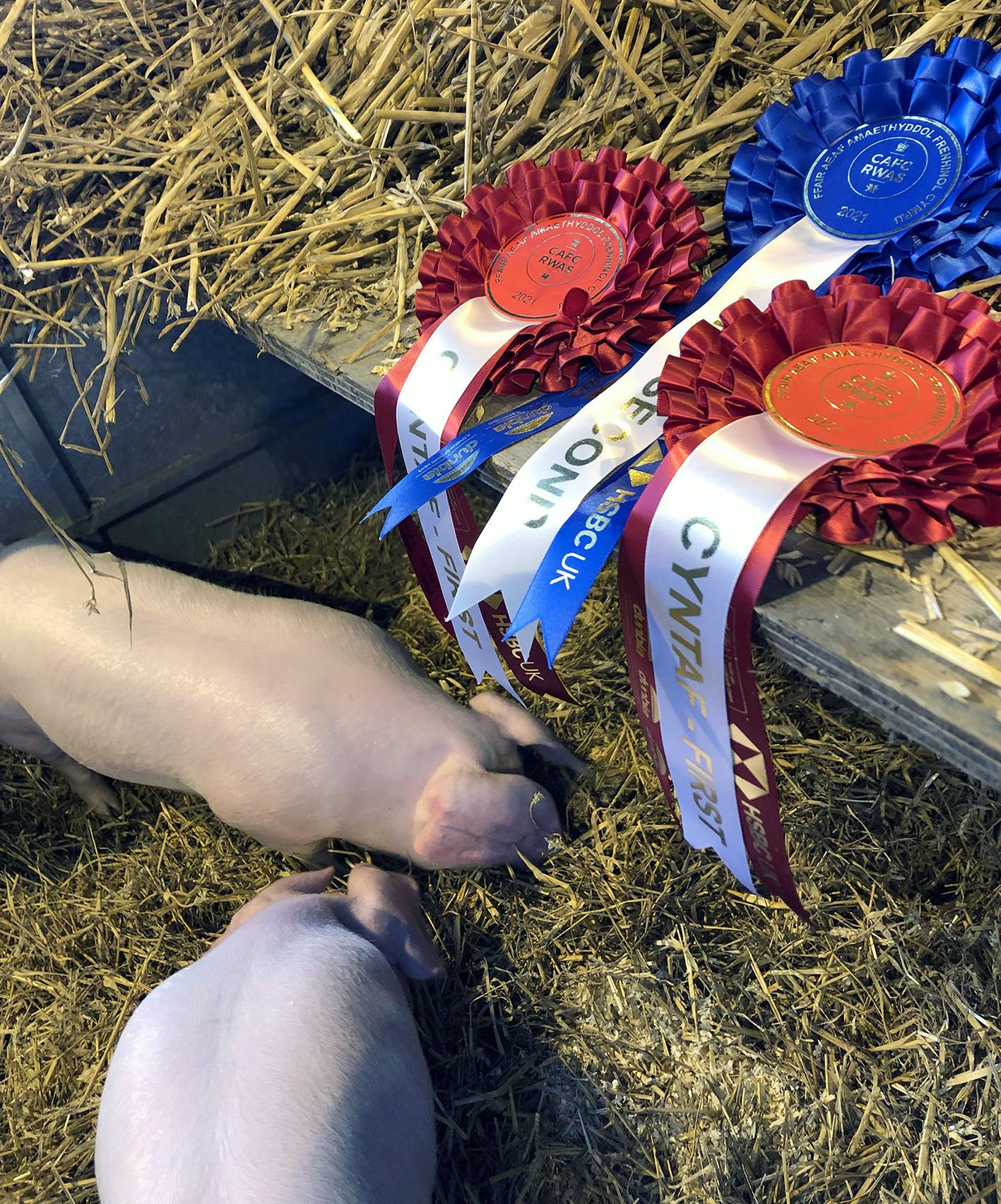 The family had great success at last year's Winter Fair, winning the Pig Pairs and Singles Championship. But what was it like to win at the first Winter Fair to be held since Covid?

"It was great to be back in Builth Wells at the 2021 Winter Fair," said Ela. "As well as the competing, it was great to meet friends and fellow competitors in the pig section. It was a strange experience to wear a mask whilst showing the pigs, and it made the task of guessing the judge's decision as he discussed with the steward impossible. It was a privilege to win the Championship with the pig singles and pairs, and happy that they were sold at the auction and bought by Mr T Hughes of Llanfair PG. It was great to be the first Champions under the supervision of Mrs Joyce Owens, the newly appointed Director of the Pig Section.”

With Covid still crippling our lives, has Ela and the family seen an increase in the sale of pork stemming from a greater desire to buy locally?

Ela explains: "As a company we have been extremely fortunate to have had strong support from local people since we started trading, the company sells whole carcasses to the Spar in Pwllheli and also Cig Cerion in Sarn on a weekly basis. Our sausages are available at The Spar, on the Maes in Pwllheli and we supply sausage rolls to the Bonta Deli in Caernarfon, as well as selling direct from the farm. Throughout the lockdown periods, there was no business for the pig roasts, but demand for fresh local produce had increased, but since the rules have been relaxed the demand for the pig roasting service has increased, and it looks set to be a very busy year this year.”

Huw and Ela Roberts are members of the Caernarfonshire branch of FUW, and who better to congratulate them than County Executive Officer Delyth Edwards: “Huge congratulations to Huw and Ela Roberts of Oinc Oink, Fferm Ffridd, Llithfaen, on their great success in the pig section competitions at the Winter Fair, Builth Wells in November, winning the pairs and singles championships.

"They deserve all the awards and recognition they have received on behalf of the pig sector in Wales and the UK. We’re really proud of them here at FUW Caernarfonshire, keep up the good work! ”