After two strange years of virtual meetings and competitions for the Young Farmers' Clubs, it was lovely to see our members back again in a busy and packed programme towards the end of last year.  Looking back at the end of 2021, it’s clear that the YFC is ready for 2022 - a year full of competing, adventures and socialising.

There was talent galore on display at the YFC Eisteddfod on the 20th of November, at Bont Pavilion, Pontrhydfendigaid. The Eisteddfod was hosted by Brecknock YFC, Mr David Price was the Eisteddfod Chairman, and Mrs Lynne Griffin and Mrs Ceri Havard were the Eisteddfod Presidents. Pure entertainment from start to finish, with prizes being won by clubs from all over Wales.

The Denbighshire FUW Trophy, for the winning Federation in the homework section, was awarded to Ceredigion and Montgomery as joint winners of the section, with Carmarthenshire Federation winning the Elonwy Phillips Shield for the stage competitions.

At the end of the event, many clubs had the opportunity to celebrate their victories, but only one federation was the overall winner. Carmarthenshire was in third position, Ceredigion in second position, just short of victory. The winners of the Mansel Charles Shield were Clwyd YFC.

Then on to the Winter Fair in Builth Wells, which was again a successful event for the organisation. There was a very festive atmosphere in the YFC Centre where the Christmas tree decorating competition was held, with Annabelle Wilson and Libby Jean Seren Scott from Pembrokeshire YFC winning the competition.

Alaw James and Megan Williams, Ceredigion YFC, also received an exciting prize of £600 for their club in this year's Cywain design a menu competition and judge Chris Summers will also cook the menu at his restaurant in Caernarfon. 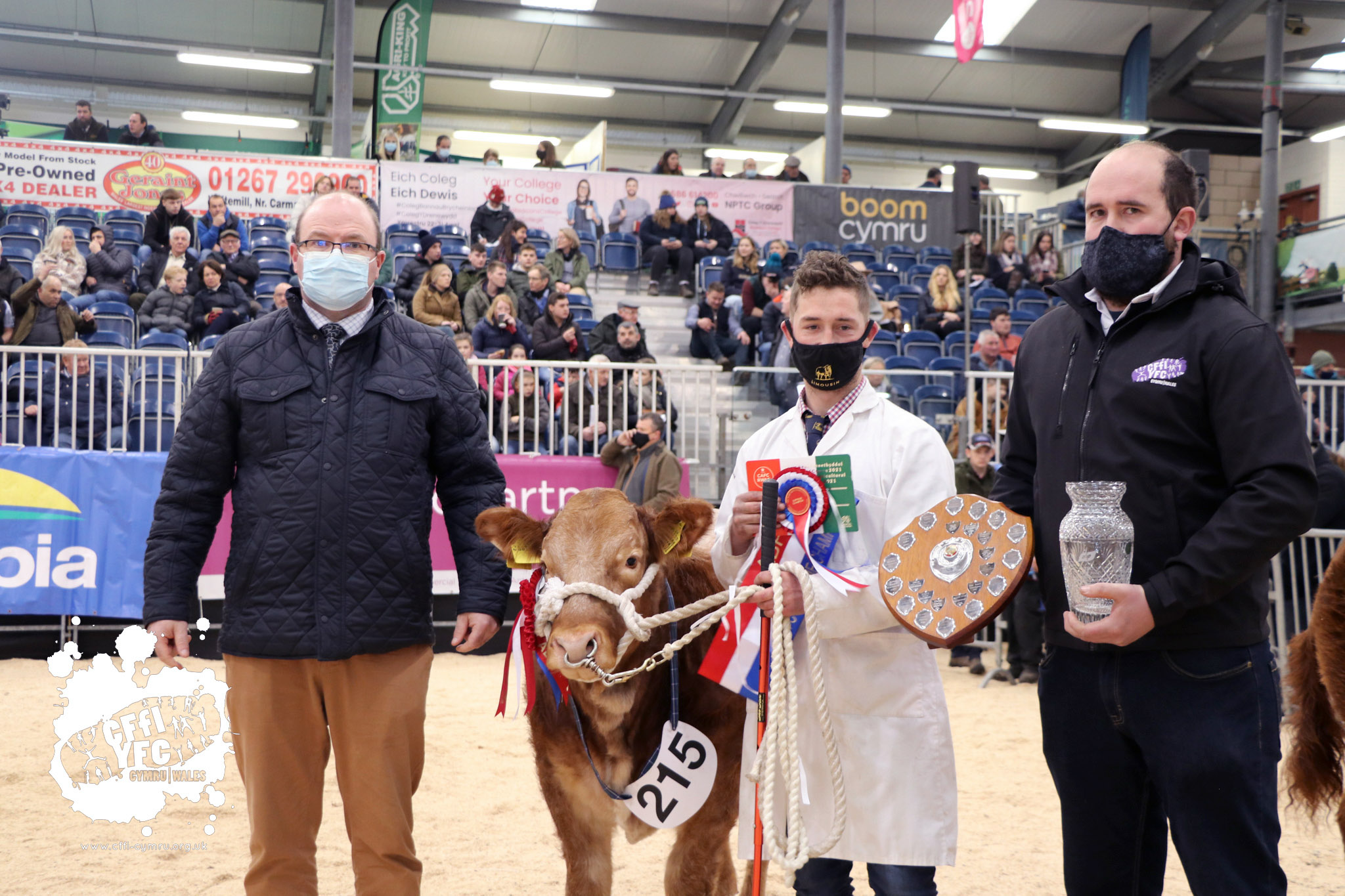 It’s fair to say that there are many exciting things ahead for the organisation, including a full international programme, the Entertainment Feast and much more. We're really looking forward to seeing what 2022 has to offer us and our members!