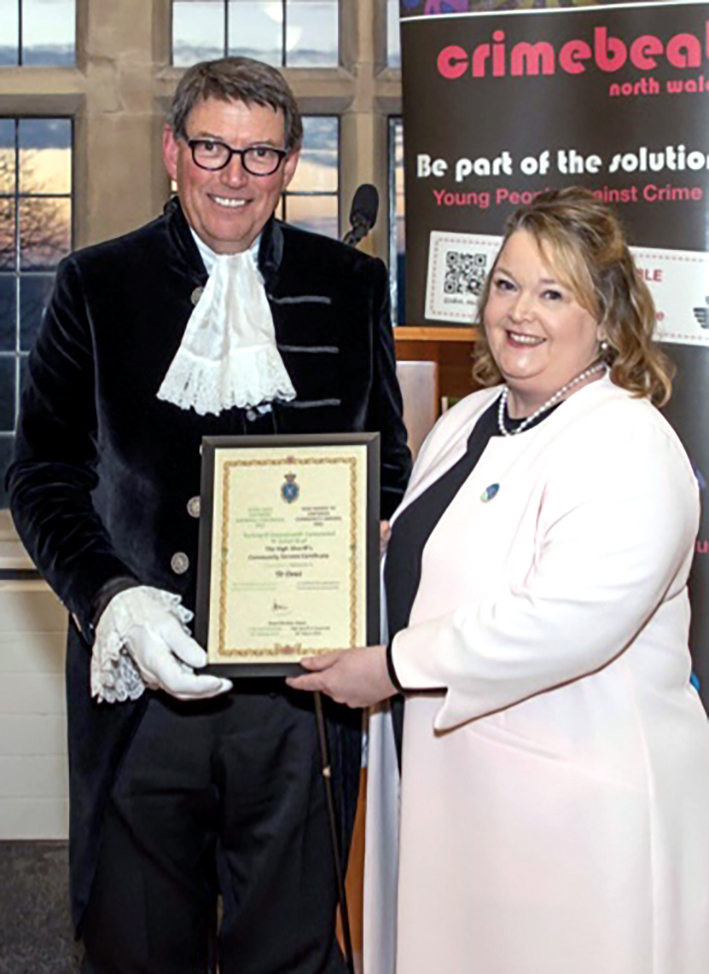 It was a privilege and an honour to receive the High Sheriff's Community Services award for the work of the Tir Dewi charity. Tir Dewi received the award in recognition of the support given to farmers and the farming community.

The support Tir Dewi offers is free and entirely confidential. The support that is provided can vary from case to case depending on what support you require. You may be feeling lonely and isolated and would like someone to talk to, worried about an upcoming inspection, wanting support with recording animal movement, financial difficulties, suffering following a bereavement or illness, worried about a family member or wanting support with succession planning. Tir Dewi volunteers support farmers who are suffering with multiple problems which have escalated to such a degree that they become overwhelmed, and this support may last for months. In other cases, the farmer may be worried about one issue that can be resolved after one or two phone calls.

Many farmers are too proud to ask for support and feel ashamed and embarrassed and often feel like a failure because things go wrong even though they are not to blame. We all go through periods in our lives when life gets tough and things can easily get out of control. You are not alone!

You can talk to one of our volunteers about your concerns, personal issues or problems in confidence. This might be on the phone via our helpline or face to face over a cup of tea. We are here to listen, not judge. If you’re struggling, under pressure and feeling that you can’t go on, don’t hesitate, call Tir Dewi today on 0800 121 47 22. The one thing you can be proud of is having the courage to pick up the phone and ask for help.

It was a privilege to be part of the award ceremony and to receive recognition for the charity's work in Gwynedd and indeed in Wales. It was a very special evening with several charities and individuals who received an award and recognition for their work within the community.