A Celebration of Local Produce and Talent 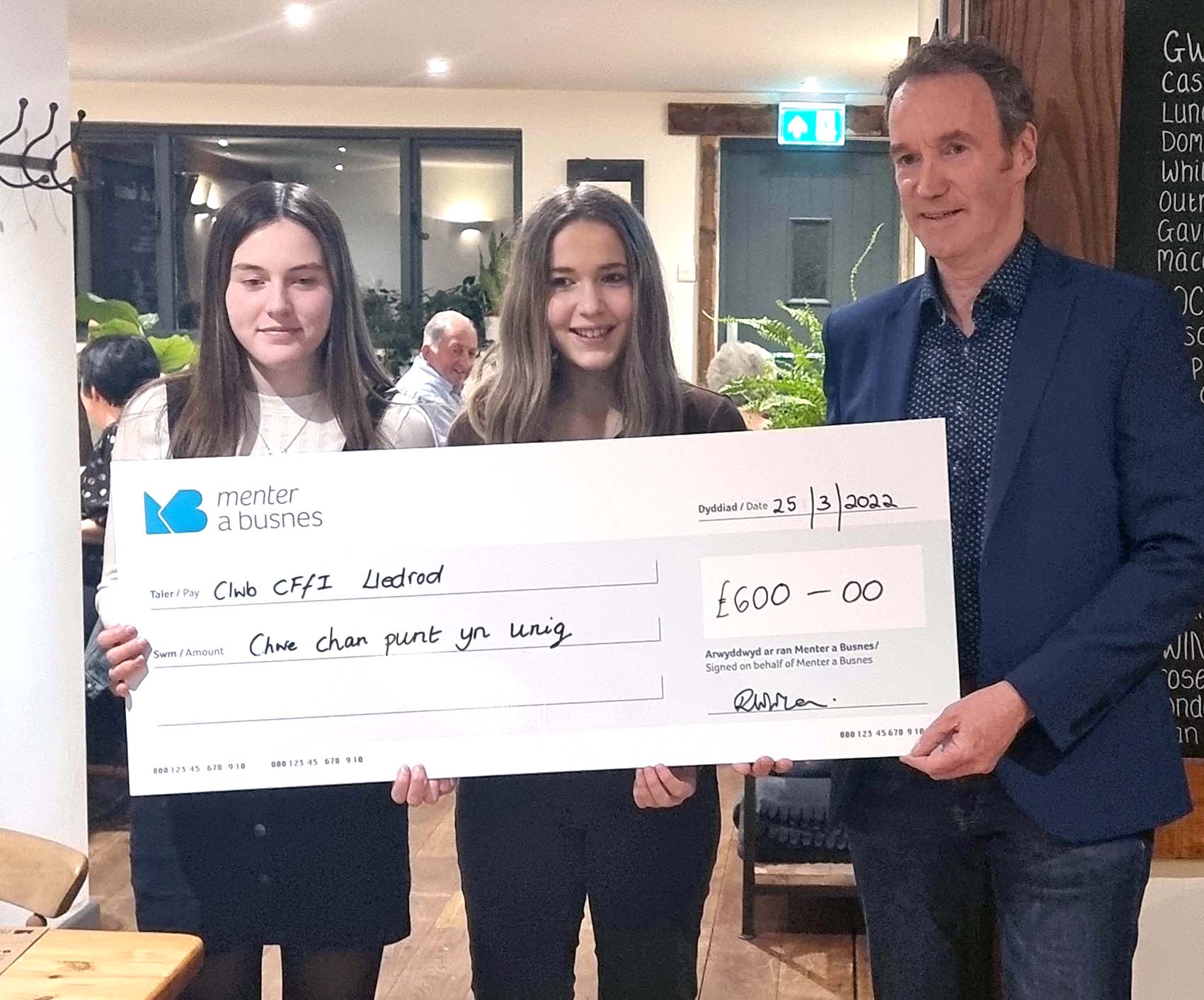 A special evening bringing local produce and talent together was held on Friday, 25th March – with a strong flavour of Ceredigion!

The event was held to mark the success of Alaw James and Megan Williams of Lledrod YFC, who won a culinary competition at the Royal Welsh Agricultural Society Winter Fair.

The competition was launched as a result of a partnership between Cywain, a Menter a Busnes project that supports the development of Welsh food and drink businesses, and Wales Young Farmers Federation (YFC).

The entrants were tasked with creating a two-course menu inspired by Welsh produce. The dishes comprised a main course and either a starter or a dessert and included ingredients from (at least) two Welsh food and drink producers featured on the Cywain Producers’ Map (cywain.cymru).

Alaw and Megan’s idea came to fruition at Y Ffarmers, Llanfihangel-y-Creuddyn thanks to Caitlin Morse and Lewis Johnston and their team, who served their mouth-watering take on the winning menu.

Caitlin, co-owner of Y Ffarmers said: “Here at Y Ffarmers we pride ourselves on serving local, seasonal produce and were delighted to present our take on Alaw and Megan’s fantastic winning entry. It’s great to see new and innovative culinary ideas and we congratulate them on their success.”

Star ingredient of the first course was Lamb Bacon from Tregaron based company Welsh Homestead Smokery – who have received support from Cywain to develop and grow their business. Alaw and Megan were keen to showcase this product as a local, quality bacon, smoked on the homestead. This formed part of a wider menu which included Pheasant Ballotine with Chestnut Stuffing, Potato Rosti, Sauteed Cabbage with Charred Shallotts in Gooseberry & Port Jus.

The evening provided a platform to announce further collaboration between Cywain and Wales YFC as they continue to work together, building on the concept of encouraging YFC members to get involved with the food and drink industry in Wales.

Phil Ellis, newly appointed Chief Executive for the Federation of Wales Young Farmers said: “The YFC is delighted to work in partnership with Cywain and by doing so, giving our members an opportunity to further exercise their entrepreneurship, with their usual drive and determination. Now that Covid related restrictions have eased, we are ready to revisit events and competitions once again and we look forward to developing new competition ideas with Cywain.”