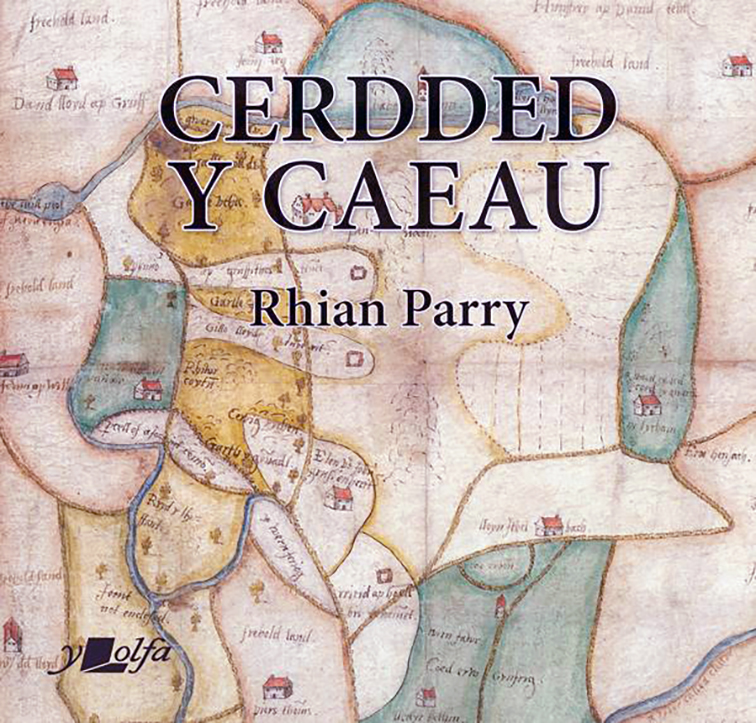 Do you know where Llain Uchaf, Cae Bach, Banc, Cae Pant Bach and Cae Ffynnon are? You probably don't know the answer to that question, because these are the names of some of our fields here on the farm.

They don’t mean anything to anyone else, but to us these names are a natural part of the farm’s daily routine and conversation. Each small parcel of land has a specific name and meaning behind it. For example, cae Ffynnon - the answer is probably simple ... there is of course a water well at the bottom of that field. What about Llain Isaf and Llain Uchaf? The answer here is also simple, isn’t it?! Llain means a strip of land, so these fields are two long, thin strips of land that run parallel with the river running from the mountain down to the sea past the bottom of our farm lane.

A few years ago, I took ten minutes to record the field names on the Single Payment Form. There were two reasons for this. Firstly, it is now easier to tackle the form by seeing specific field names rather than a set of letters and numbers. Secondly, those names are now down on paper, and can be passed on to the next generation, just as the names were passed on to this generation.

But what has led to this discussion of field names I hear you ask? Well, a few weeks ago, Y Lolfa published a new book entitled Cerdded y Caeau by author Rhian Parry, which is an innovative book that responds to the growing interest in place names in Wales.

Cerdded y Caeau, a hardback book which has been beautifully illustrated with photographs and maps, is the culmination of a lifetime's study of names in the Ardudwy area, but offers a guide for anyone who wants to trace field names in their area.

The book developed from the author's doctoral research and reveals how the meaning behind place names, farms and fields can unite the landscape, local history and culture of Wales as a whole. The results of Rhian Parry's research showed that most farm and field names are ancient, up to six centuries and more years old.

Rhian grew up in Chester and then in Penmon. Following a career in education and the senior civil service, she embarked on research under the guidance of Professor Gwyn Thomas at Bangor. After earning her doctorate, she used her research to share her knowledge with the public. She designed and facilitated projects funded by the Heritage Lottery Fund, firstly to the Merioneth Historical and Record Society and then to the Welsh Place-Name Society. She was responsible for the research and co-presenting of two series of Caeau Cymru on S4C.  She recently returned to Anglesey.

Here are a few words from Rhian about the background of Cerdded y Caeau: "Only by walking the fields we notice the features of the land and realise that the name chosen is perfectly appropriate. Sometimes, an ancient name touches us because of the context of its location, such as Cae Saffrwn in Ebbw Vale. Who would expect to see a crocus in such an industrial valley?”

“A name is much more than a label. Indeed we can touch upon 'forgotten mankind things' in a name. Some ancient names send chills down my spine, a similar feeling to touching a stone in the uplands of Ardudwy” says Rhian.

Names of all kinds are threatened by social change and are disappearing very quickly. The hope is that this book, together with work by organisations such as the Welsh Place-Name Society, will serve as a record for the future, reintroducing now forgotten names and inspiring similar studies across Wales.

Recalling the inspiration that led to Rhydian Meilir Pughe's winning Cân i Gymru song that featured in Cornel Clecs last month, as Rhydian talked about his favourite place on the farm to take a break from the hustle and bustle of life, why not take five minutes, search for a quiet spot on the farm and start recording field names, you can probably explain the meaning of many field names without a lot of research, and it's a really easy way to transfer a small piece of information to the next generation.