The long wait is nearly over 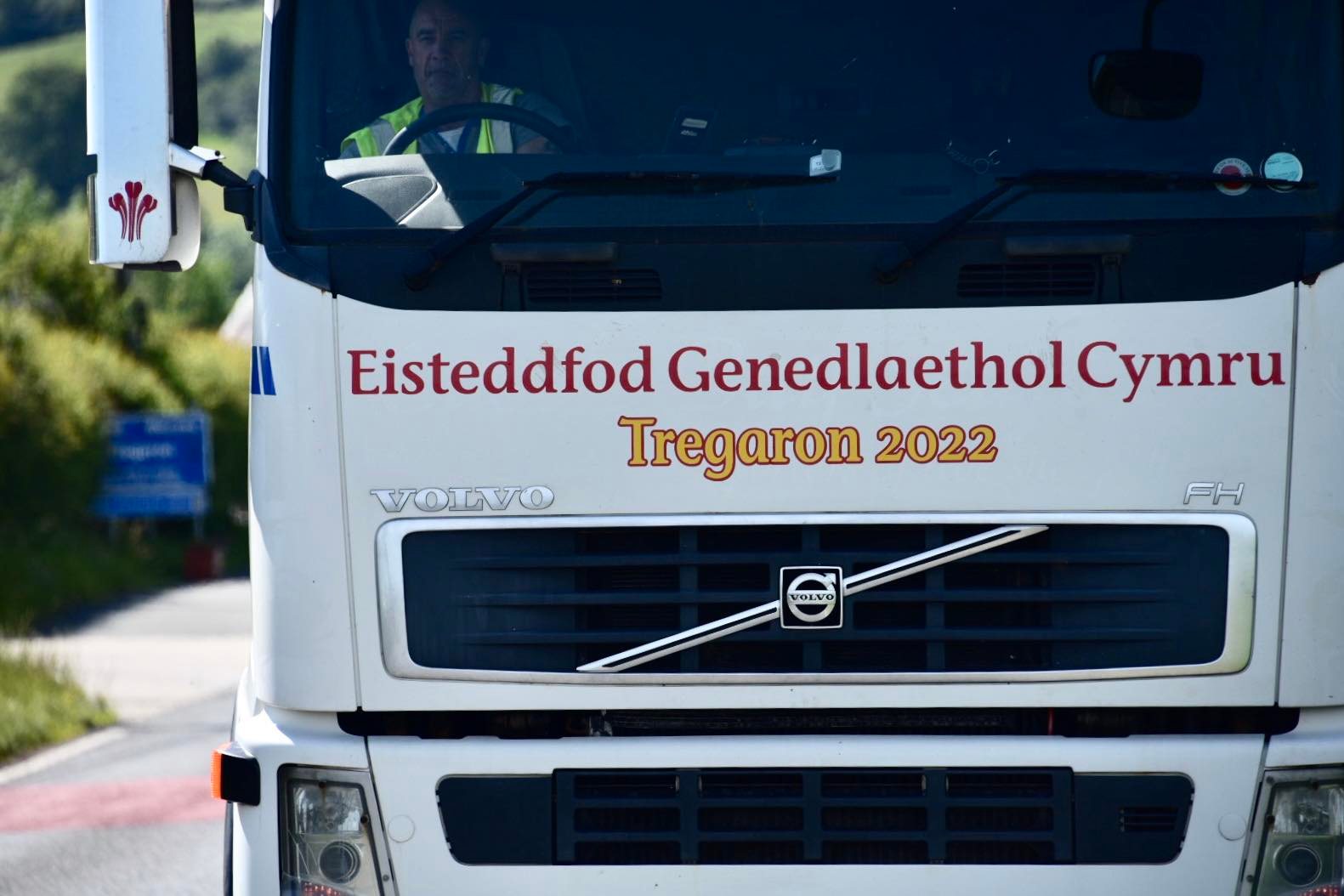 I spent most of the year 1992 in the company of Digion y Dolffin. Yes, you read correctly…Digion y Dolffin! Digion y Dolffin was the mascot of the Aberystwyth National Eisteddfod 1992 Children's Pageant - “Seth Gwenwyn a’r Gwyrddedigion” - a pageant telling the story of a group of young people who wanted to save Cantre'r Gwaelod from Seth Gwenwyn's siege!

I have to admit that I have a hazy memory of the period, but I do remember all the rehearsals for months before, and the feeling of being very small on such a big stage to take part in the Cnapan scene during the Pageant. By now, I realise how unforgettable the experience was and of course the honour of being able to take part in such a special event.

Fast forward exactly 30 years, and the Eisteddfod returns to Ceredigion, and finally, Tregaron, has the opportunity to welcome the Eisteddfod to the area. After the disappointment of the last two years of having to postpone, the area is now more than ready to welcome Wales to mid Ceredigion!

During the first week of August, Tregaron and the surrounding area will extend a welcome to everyone, and many have been looking forward to seeing old friends around the Maes and enjoying the various programmes and sessions that show our culture and language at their best.

But what makes Tregaron so special?  Tregaron nestles in the foothills of the Cambrian Mountains near the source of the river Teifi. In the 19th Century, it was a thriving market town and an important stop for drovers on their routes through Wales driving cattle, horses, pigs, geese and sheep to English markets. The town's traditional market, "Ffair Garon" was granted its Royal Charter in 1292.

A stone's throw from the Eisteddfod Maes is the Cors Caron National Nature Reserve which boasts over 170 species of birds - some local, others migratory visitors from far flung regions of the world.

It is quite possible that you have driven to or from Tregaron along the impressive mountain road that connects Tregaron and Llanwrtyd and was originally the first stage of the drover's route. Today it is a popular driving and cycling route across the Cambrian mountains, with far reaching views across the Abergwesyn Common

But it is possible that Tregaron is best known for its legendary and cultural connections.  One of Tregaron's sons was Twm Siôn Cati, a figure in Welsh folk-lore often described as the Welsh Robin Hood. The hills and valleys around Tregaron were once the playing fields of Twm, highwayman, thief and prankster, whose exploits were legendary throughout South Wales.

A handsome man of many faces, he could swap between the fine robes of a gentleman and the rags of a peasant to suit his mischievous deeds. On Tregaron's main square stands a statue commemorating its most famous son and his will is displayed in the towns' museum. Also, there is a town trail named after 'Twm' that takes you to locations directly linked to him.

As I start writing this Cornel Clecs, the Eisteddfod lorries are starting to arrive in Tregaron and the real excitement starts, the Eisteddfod is coming! The FUW crew will be present at the Eisteddfod, so remember to pop over to see them. They are looking forward to seeing everyone face to face once again and having a chance to socialise over a cup of tea - what could be better?!

Everyone has now realised that it is the little things in life that count. See you in Tregaron!

Thank you to Dafydd Wyn Morgan, one of the Tregaron locals for the picture.