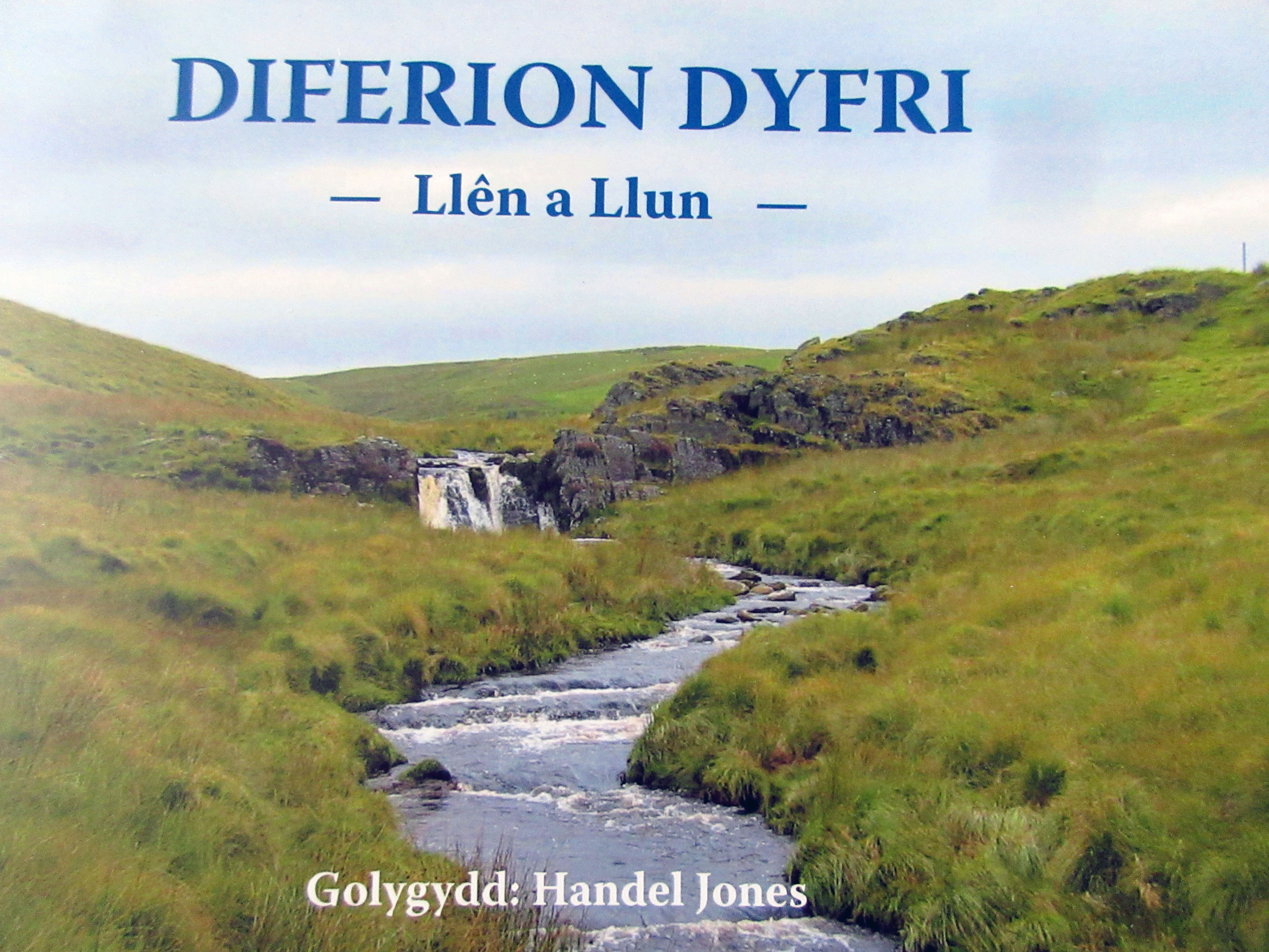 A member of the Farmers' Union of Wales has collected the work of nearly 150 Llandovery and district poets and rhymers in an attractive book to raise money for the Carmarthenshire National Urdd Eisteddfod, which will be held in Llandovery in 2023.

The book, Diferion Dyfri*, edited by Handel Jones, Rhandir-mwyn, also contains information about each poet - and a picture if available - as well as dozens of drawings and photographs by local artists and photographers.

Handel, author of A Family Affair, The Story of the Farmers' Union of Wales, has been preparing the book for three years. He said: “I thought it was important to include as wide a range as possible to reflect what was being written and read in the area over the centuries.

“The work of winners of the National Eisteddfod Chair or Crown will be seen alongside verses about local characters and events. Among the earliest pieces of work are fifteenth-century poems by Lewys Glyn Cothi, and the latest poets include Endaf Griffiths, born in 1994.

Naturally, a high proportion of the poetic work is owned by farmers and others closely associated with the land, for example John Rhys Evans, who farmed in the Pumsaint area until his retirement. 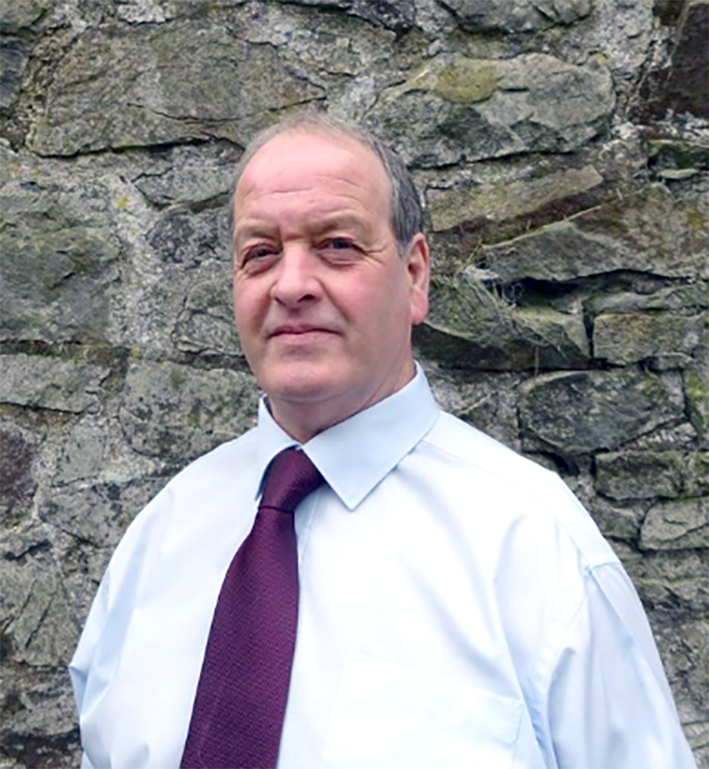 Alan Watson is a County Delegate for the FUW’s Brecon & Radnor branch. He’s a sheep farmer and has lived in North Radnorshire all his life. Here he gives us an insight into what it’s like to be an FUW County Delegate.

Because it stands for family farms and the lowest member has a voice within the Union. It’s a chance to voice opinions.

Read more: “We need an united voice - membership of a Union provides this opportunity”

An experience of the pandemic

Today is the 8th of March 2021. Just a year ago today everyone was about to start the last 'normal' week, without even knowing it.

It's hard to believe how much life has changed in a year - many have lost loved ones to the invisible virus that still controls us, everyone living a 'locked down' life, social distancing, wearing masks, using gallons of hand sanitiser, getting used to working from home and homeschooling children for most of the past year.

Normal life and social events, which were taken for granted up until last year, were cancelled.

Read more: An experience of the pandemic

Collaboration is key in supporting our farming community

We’re stronger together, but it can be easy to forget this at times – especially when we’re physically separated from one another due to ongoing pandemic restrictions.

I’m sure we’re all glad to hear that things are moving in a positive direction, with the vaccine rollout helping to reduce the spread of Covid-19. We are hopeful that later this year in-person events will be taking place once more and we’ll all be able to come together as an industry.

During this time, The Farming Community Network (FCN) has provided ongoing support to those living and working in farming communities. As a charity operating throughout Wales and England, we have our ear to the ground and hear from farmers and farming families about issues they’re experiencing on their farms and their concerns about the future.

FCN is working with other charities and organisations to help create a resilient farming future and support farmers in adapting to the changes to come. To support farmers in Wales, the FarmWell Wales platform – a free, bilingual online resource containing lots of useful, up-to-date information about supporting your farm business and personal wellbeing – was launched by the Wales Farm Support Group in March 2020.

Read more: Collaboration is key in supporting our farming community

Importance of protecting your livestock with insurance

Livestock worrying - It's heart-breaking to say that this is becoming more and more of an insurance issue, especially during the past year.

At FUWIS we have more than one company that insures Welsh farms, so the figures and information I'm talking about are very general and you can think differently for each customer depending on their policy.

We are coming up to such a busy time for farmers and it is so important that the sheep receive the best possible attention without too much stress.

Obviously during this time the value of the stock on our land is higher than normal and it is therefore essential that you make sure you have the right and adequate cover on your insurance policies.

It is so depressing that as farmers, you have to face the loss, but by insuring against livestock worrying properly on your farm policy, we can at least help with the cost of the loss you are facing.

Read more: Importance of protecting your livestock with insurance

“An opportunity to learn more about the Union’s vision”

Gerald Thomas and Bryn Jones are FUW Anglesey County Representatives. Gerald has lived in Llechwedd, Tyn Lon, Holyhead, Anglesey for nearly 38 years and has retired from his full time job at Wylfa nuclear power station 6 years ago.  He has kept a herd of Welsh Black cattle since 2004, to complement crossbred cattle. They also breed calves, selling them around 12-18 months old at local auctions, such as Gaerwen, Bryncir and Dolgellau. The pure heifers are sold at the Society's auctions in Dolgellau. Bryn has kept a closed suckler herd of Stabiliser cattle on his farm on Anglesey for over 30 years. Below they give an insight into what it's like to be a County Representative.

Gerald: My father and grandmother were members of FUW. The late Mr Glyn Jones used to visit my home in Llanfechell and I had some interesting conversations with him during that time. I was invited to the Executive for the first time some years ago by Mr Dafydd Roberts, Tryfil - and I continue to attend the monthly meetings.

Bryn: We chose FUW because it is a natural choice for a Welsh family farm.

Read more: “An opportunity to learn more about the Union’s vision”

We’re in the middle of another lockdown, and our schools have been closed since before Christmas, but what is the reality of the daily running of a busy farm and trying to ensure that the children's education does not suffer? Cornel Clecs gained an insight into the busy life of Anwen Hughes, Chair of the Union’s Agricultural Education and Training Committee:

What does the countryside teach children?

The countryside teaches children responsibilities, to look after the countryside, the environment and nature. It is also an opportunity to learn about the cycle of life, and how to respect animals.