‘We need a partnership deal based on commitment, support and sustainability’, Union President says 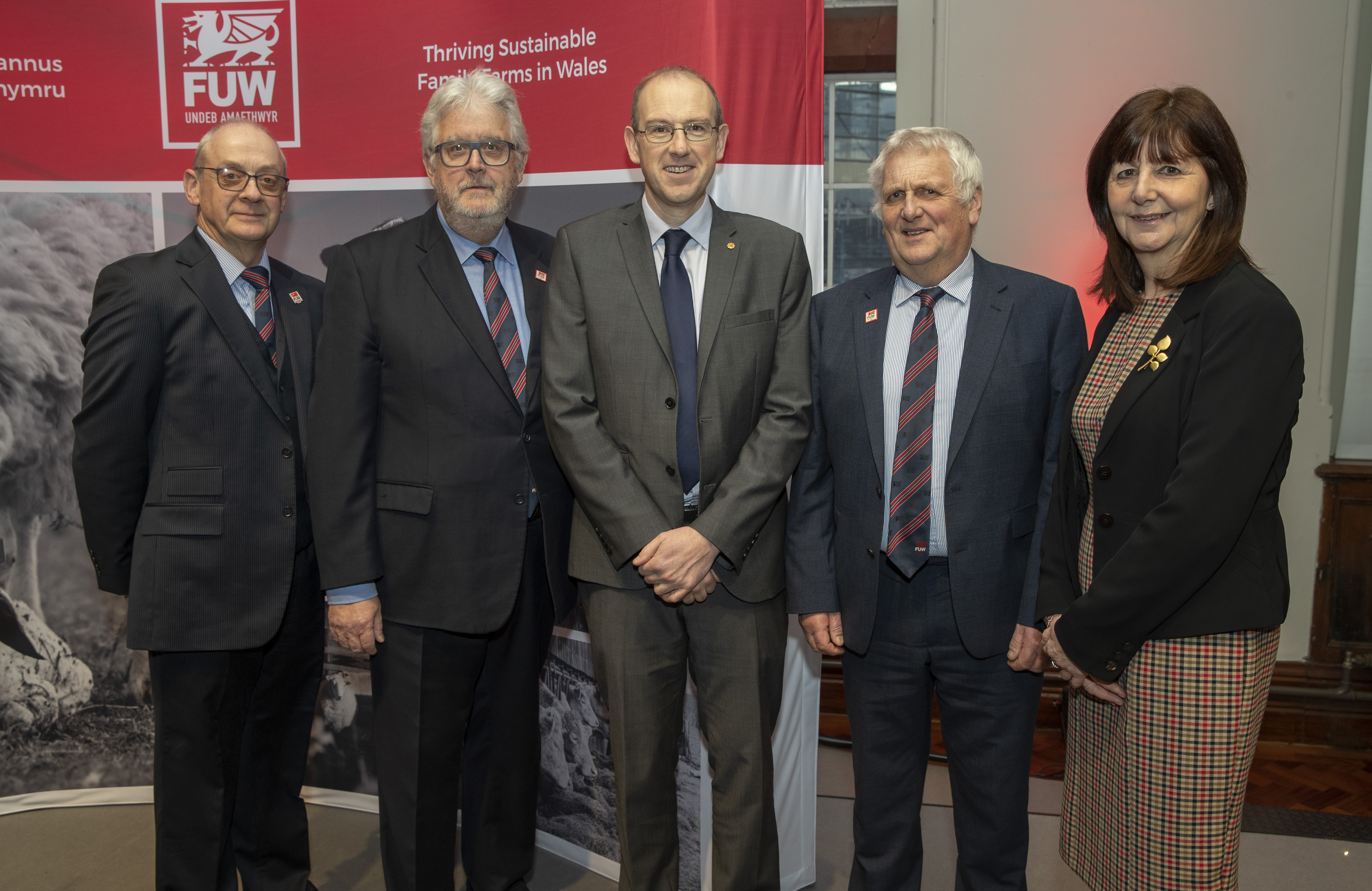 “We need a partnership deal based on commitment, support and sustainability” - that was the call from Farmers’ Union of Wales President Glyn Roberts at the annual farmhouse breakfast event in Cardiff, which was sponsored by Llyr Hughes Griffiths AM (Tuesday, 21 January).

Addressing Government Ministers, Assembly Members, industry stakeholders and civil servants, he said: “A new Assembly election is not that far away and our nation is at a crossroads. European membership is over; long-standing trade arrangements are up for grabs and, crucially, fundamental funding is to be redefined.

“With so much at stake, it is essential that we all play a part in healing divisions and encouraging the strongest democratic participation.”

Farmers in Wales, he said, are committed to doing everything they can but the Welsh Government had a role to play too.

“Farmers look after our precious landscape for local people and visitors to enjoy every day of the year. Our grass-based, rain refreshed, livestock production system is one of the world’s most sustainable.

“Our farmers harness, encourage, replenish and replace the planet’s natural resources. Our ewes, lambs and cattle are raised with the highest welfare standards. We work with nature; we produce in harmony with the planet.

“This honest way of providing wholesome food must not be spoken of in the same breath as those intensive farming empires in other parts of the world that readily pillage the environment for profit.

“We need your help to climb above the noise; your help to promote our timeless story, our way of producing and our farming champions.”

Addressing the role farmers in Wales are willing to play in producing more than just food, he said: “Our industry can continue to lead the way with the Welsh Government’s alternative energy ambitions. Between 2010 and 2017, with Government intervention, renewable energy production in Wales doubled.”

But it doesn’t end with renewable energy production, Mr Roberts stressed. “Sustainability is not just about our industry’s positive contributions to the environmental necessity of combatting climate change.

“We have new opportunities to build a wider, deeper sustainability around the way we live and work, to make a long-lasting, positive change to current and future generations of Welsh citizens.

“Welsh Government’s Well-being of Future Generations Act requires public bodies in Wales to work better with people, communities and each other and to reduce and remove poverty and health inequalities, things that are sadly all too prevalent in rural Wales.”

To achieve this, Mr Roberts said the delivery of a Sustainable Farming Scheme was essential.

“We believe such a scheme should link the annual provision of data and compliance with universal scheme rules with a baseline payment, in order to underpin the continued production of safe, high-quality food and its associated benefits.

“It must be consistent not only with the Sustainable Land Management principles but also prioritise the wellbeing of our farming families and reduce the stresses that some are forced to live with in Wales.”

In a strong message to elected members present, the Union President said: “There are no doubt a few challenges ahead. But a new decade offers new hope and new opportunities. We live in a land of plenty, proficiency and potential.

“I invite you today to make 2020 the year you break out of the Bay Bubble and wake up to resourceful Rural Wales.”