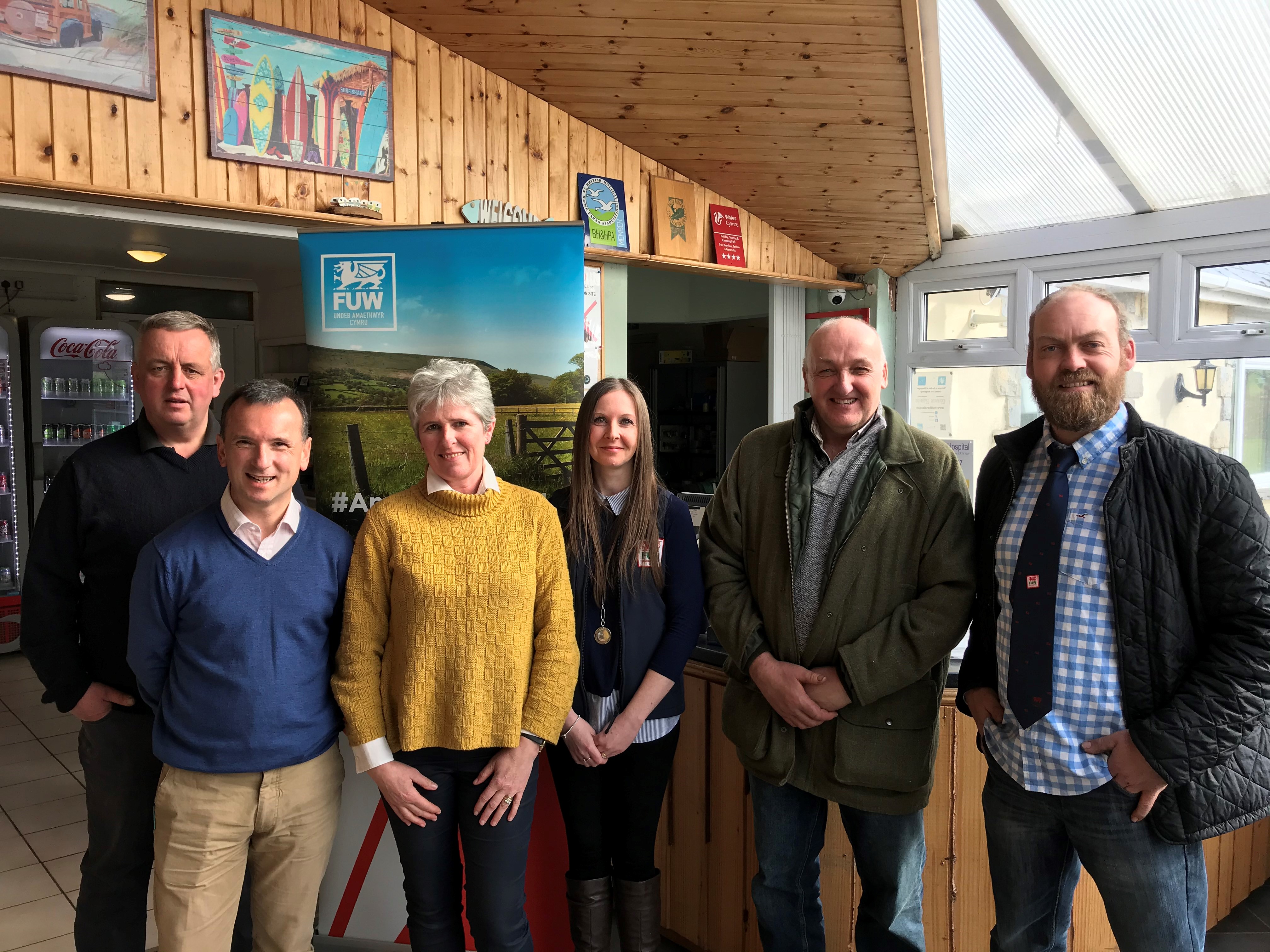 A farming family from South Wales has shared concerns about the future of farming with local MP Alun Cairns in light of the ongoing uncertainty on trade deals, food imports and the lack of frameworks in the UK.

There is a 295 strong herd consisting of many breeds including Aberdeen Angus, Hereford Cross, Saler and British Blues. The home bred beef is slaughtered at the local slaughterhouse Maddock and brought back to the farm to supply another business The Farmers Pantry Butchers with shops in Llantwit Major and Pugh’s Garden Village in Radyr. Farmers Pantry also cater for another family run business - Rosedew Farm Wedding Venue.

With his son Dafi-Sion, Rhodri grows a variety of crops on the farm including sugar beet, wheat, barley, maize, potatoes as well as hay/silage. Rhodri and Gaynor also own and manage Acorn Campsite and hire many local people to work here.

Talking to the MP about the Agriculture Bill and food imports, Rhodri said: “We are very concerned that the Bill does nothing to ensure food imported to the UK meets UK standards - despite ministerial assurances that imported food would meet our standards.

“We work very hard and to very strict rules and regulations. Some of the food that could land on our supermarket shelves will have been produced to standards that are illegal here.

“Our way of producing food in a safe and sustainable way must be protected.”

Adding to their concerns of cheap food imports, is the lack of frameworks which would ensure a level playing field across the UK.

Gaynor says: “We need frameworks to keep the UK's 'home market' working properly and fairly. We will already have to compete with farmers in Europe so it is essential that this Government prevents unfair competition between producers in different parts of the UK.”

“If an additional windfall promised by the UK Government in August 2019 is paid through the BPS in 2020, the difference between average Scottish and Welsh farm payments will be around £16,200. Paying such an additional sum was not possible under the EU framework as it would have exceeded the Pillar 1 financial ceiling.”

“We all know that 35 percent or more of Welsh lamb goes to Europe and that trade there is important. But 60 percent and more goes to England - therefore we can’t have anything that breaks the UK Home market as a policy in devolved arrangements,” added Richard.

Since 2016, following an internal consultation, the FUW has argued for frameworks to be agreed between UK Governments in order to prevent inappropriate differences between policies and funding in different parts of the UK.

"As an organisation established more than sixty years ago to advance and protect the interests of Welsh farmers, the FUW remains fully committed to devolution and the advantages it has brought to Wales and other nations over the past two decades.

“But such changes do not negate the need for all our nations to work together to develop approaches which are mutually beneficial and protect not only our farmers and internal markets, but also our status and reputation across Europe and the World,” said Richard Walker.

With beef production playing such an important role in the family business, the family are also concerned about the increase in bovine TB in Wales.

Rhodri said: “Bovine TB is something that worries us greatly. On top of everything else that is going on, we feel that not enough is being done to eradicate this disease here in Wales. Aside from the stress on us and the cattle with testing and more testing, there is also an economic risk attached to the current bovine TB status.

“We talk about trade deals with this country and that country but will they actually want to trade with us given that they may very well view us as the dirty neighbour?”

The FUW has long argued that current levels of TB are a serious economic risk to successful trade negotiations and has urged the UK Government to undertake a formal risk assessment of the implications of current levels of Bovine TB across the whole of the United Kingdom, irrespective of devolved animal health responsibilities.

Speaking to Alun Cairns, FUW Senior Policy Officer Dr Hazel Wright said: “We strongly urge the UK Government to work with the devolved administrations to develop an eradication programme that provides assurances to other countries that TB vectors in both cattle and wildlife are being tackled in such a way that the UK will be TB free within an acceptable time period.”