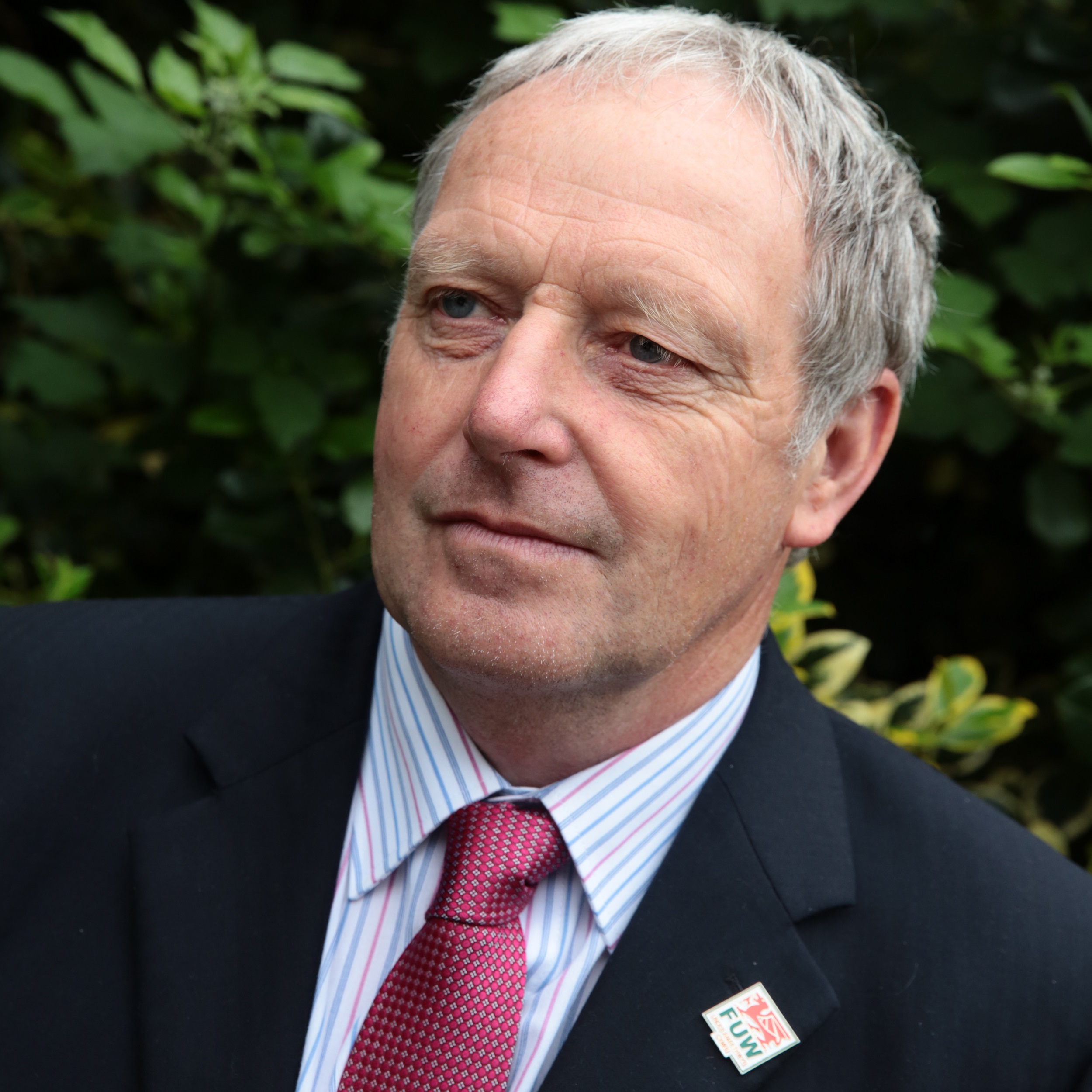 Former Farmers’ Union of Wales Deputy President, Brian Thomas, has been elected as a life member of the Union at a recent Grand Council meeting in Aberystwyth in recognition of his outstanding contribution to the Union and Welsh agriculture over many years.  A Pembrokeshire beef and sheep farmer, Brian Thomas has previously received the Union’s annual internal award for his services to the agricultural industry.

The recommendation that he be made a life member was accepted unanimously by the Union’s Grand Council.

FUW President Glyn Roberts said: “Brian has been a rock solid friend and working partner for over 20 years. He is always willing to help, support and give advice. Over the years Brian has gone above and beyond in serving not just this Union but the industry as a whole. It is fair to say that the industry in Wales has benefited greatly from Brian’s active lobbying and efforts to make our sector a better place for everyone involved.”

Brian is a past county chairman of the FUW in Pembrokeshire, and has previously sat on the FUW’s central tenant’s committee. He was elected South Wales member of the central finance and organisation committee in 2011, Vice President of the FUW in 2013 and Deputy President in 2015.

During the 1996 BSE outbreak, Mr Thomas led the campaign in South West Wales opposing the importation of inferior beef into Wales.  In 1997 he led a group of farmers to Tesco’s stand at the Royal Welsh Show to address them about the unfair way in which they were treating the industry and he has been a leading figure in the fight against bovine TB.