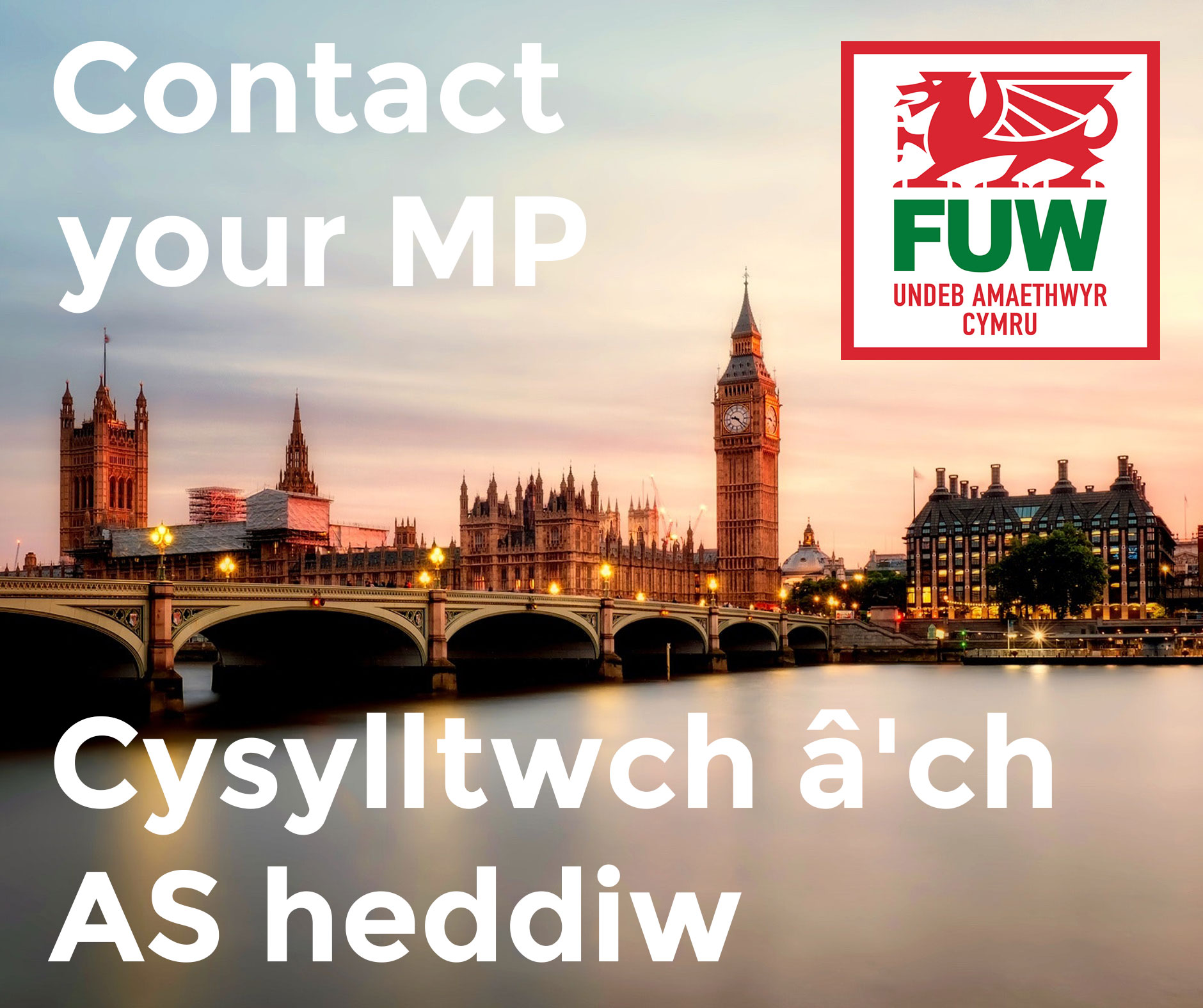 Farmers in Wales are calling on the public to help them avoid long term adverse impacts for UK food security  and consumer health.

The call comes as a result of the UK Government blocking a change to the Agriculture Bill which would prevent food produced to lower animal welfare and environmental standards than is required of UK producers from being imported into the UK after the Brexit Withdrawal period.

FUW President Glyn Roberts said: “Whichever way your MP voted, it's not too late to lobby them for the change to be reintroduced before the Agriculture Bill becomes law.

“You can send them a letter from our website making it clear that UK consumers and food producers deserve better, and let your voice be heard.”

The Agriculture Bill currently progressing through Parliament has, since being drafted by the UK Government, included a clause that would ensure imported organic food from an overseas country is produced to standards equivalent to those applicable in the UK.

An attempt to introduce a similar clause requiring that any agricultural or food product imported into the UK under a trade agreement be produced to animal health and welfare, plant health and environmental protection standards equivalent to those in the UK was opposed by the UK Government and defeated during the Third Reading of the Bill on the 13th May 2020.

“We find this is completely unacceptable given that the UK Government has committed to such a principle in numerous statements, and that the principle of maintaining UK standards and protecting consumers, farmers and food producers from sub-standard imports has cross-party support. If the public wants to help - a good way is to join our campaign to stop this madness,” added Mr Roberts.

Farmers, consumers, conservationists and animal welfare bodies are united in supporting such an addition to the Bill, and the general public is already overwhelmingly behind this.

“I would urge anyone to ask their MP to make sure they do all they can to ensure that the proposed Clause 2 or an equivalent addition to the Bill is ultimately included before it receives Royal Assent.

“Failure for such a change to be made to the Bill will have long term adverse impacts for UK food security, consumer health, our agriculture industry, global animal welfare and ecosystems as well as resulting in significant political damage for the UK Government.”