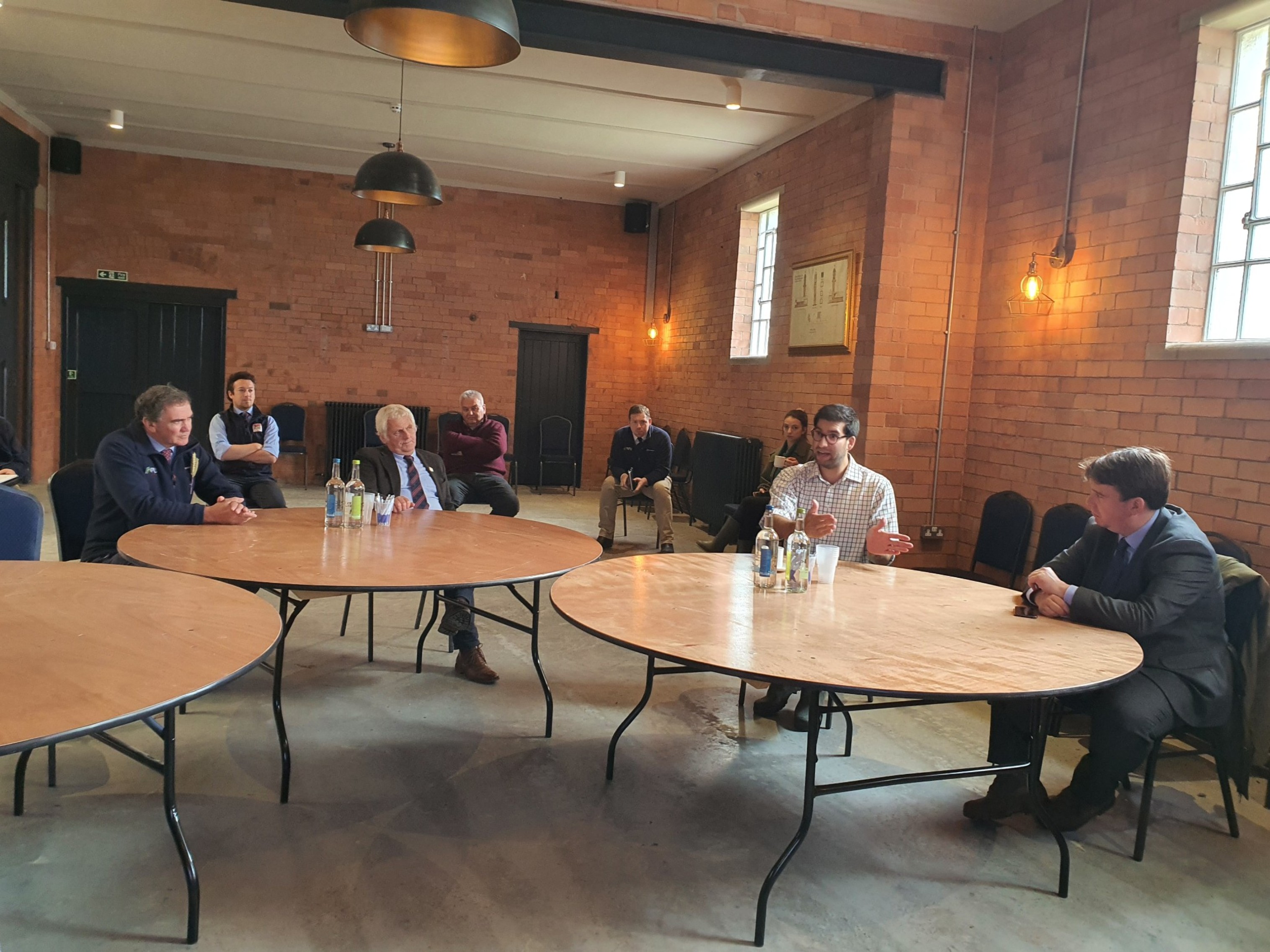 The Farmers’ Union of Wales has highlighted the importance of a trade deal with the EU at a meeting with Minister for Trade Ranil Jayawardena MP and Montgomeryshire MP Craig Williams.

The round-table discussion, which included representatives from the FUW and NFU Cymru officials, at Pickstock Farm in Llanfechain was arranged by Craig Williams MP.

Speaking after the event, FUW President Glyn Roberts said: “We had a good meeting with the Minister and a lively debate around the dangers of allowing cheap substandard food imports after the Brexit withdrawal period.”

Mr Roberts highlighted that food in other non-EU countries was produced to lower animal health and welfare, environmental and social standards than those legally required in Wales and the UK.

“I made it very clear that we must continue our trading relationship with Europe and that if we lose that the consequences for our industry would be devastating.”

Mr Roberts added that we have seen the impacts that the overnight closure of export markets can have on farm incomes and supply chains and reminded the Minister of the impacts of BSE in 1996, FMD in 2001 and the collapse in wool prices following the loss of the China market earlier this year.

He added: “It must also be noted that if we do have a trade deal, the domestic policies we apply to our own producers must be developed with the policies applied for our main competitors in the EU in mind.”

Whilst reassurances were made by the Minister regarding food standards being maintained, Mr Roberts stressed that incoming food products to the UK market must comply with the same standards and regulations as our food producers.

“We will not stand for a race to the bottom when it comes to standards and I took the opportunity to remind the Minister that we supported Neil Parish’s New Clause 2 amendment and have advised Lords on similar amendments that would have the same effect. It is essential that what is included in a trade deal is subject to our standards,” he said.