FUW puts in the miles for charity 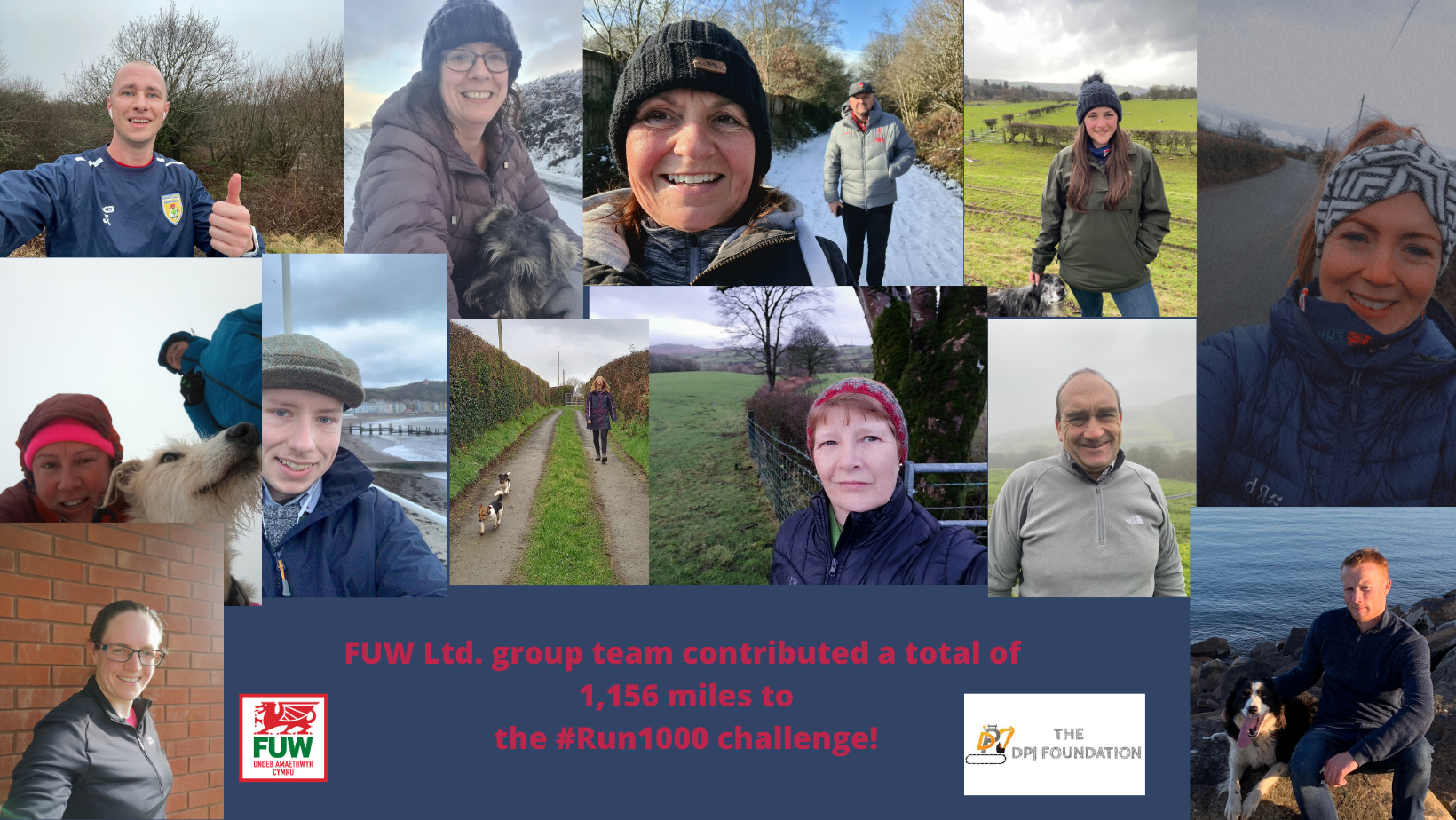 During the month of January staff from the Farmers’ Union of Wales and FUW Insurance Services Ltd. joined teams from five nations to inspire rural communities to take to the countryside to help improve their mental health.

The challenge, #Run1000, called on people to join either – England, Ireland, Scotland, or Wales and the rest of the world, to see which team could run or walk 1,000 miles first. The winner of the challenge to reach the 1000 milestone was Wales and the FUW Ltd. group team contributed a total of 1,156 miles to the overall 64,785 miles recorded across all teams around the world.

The FUW team included Rebecca Voyle and her dog Hettie from Pembrokeshire, who walked 158.3 miles; from Caernarfon Gwynedd Watkin contributed 20.66 miles and Heledd Teleri Williams, who was joined by her dog Twm contributed 92.3 miles; from Anglesey Alaw Mair Jones added 76 miles and Euros Jones 54.4 miles; Carmarthen was represented by Sam Evans who ran 36.76 miles, and Mark and Angela Williams together managed to do 302 miles. The couple were joined by their dog Ruby and Angela’s longest run was a Half Marathon, a distance she has not tackled since 2015;  the Meirionnydd team included Huw Jones, who contributed 43.80 miles, Haf Puw, who walked 15 miles and Gwenno Davies who added 178 miles; the team from Ceredigion included Charlotte Priddy who ran 28 miles, Gareth Parry who ran 31.8  miles and Elin Jenkins, who added a further 9 miles; the Brecon and Radnor team was represented by Kath Shaw and her dog Cwci, who added 110 miles.

FUW President Glyn Roberts said: “This has been a remarkable challenge and an amazing effort from everyone involved. I would also like to thank the staff from the FUW Ltd. group who have taken part in all weather and helped to not just raise funds for the DPJ Foundation, but to highlight how important good mental health is.”