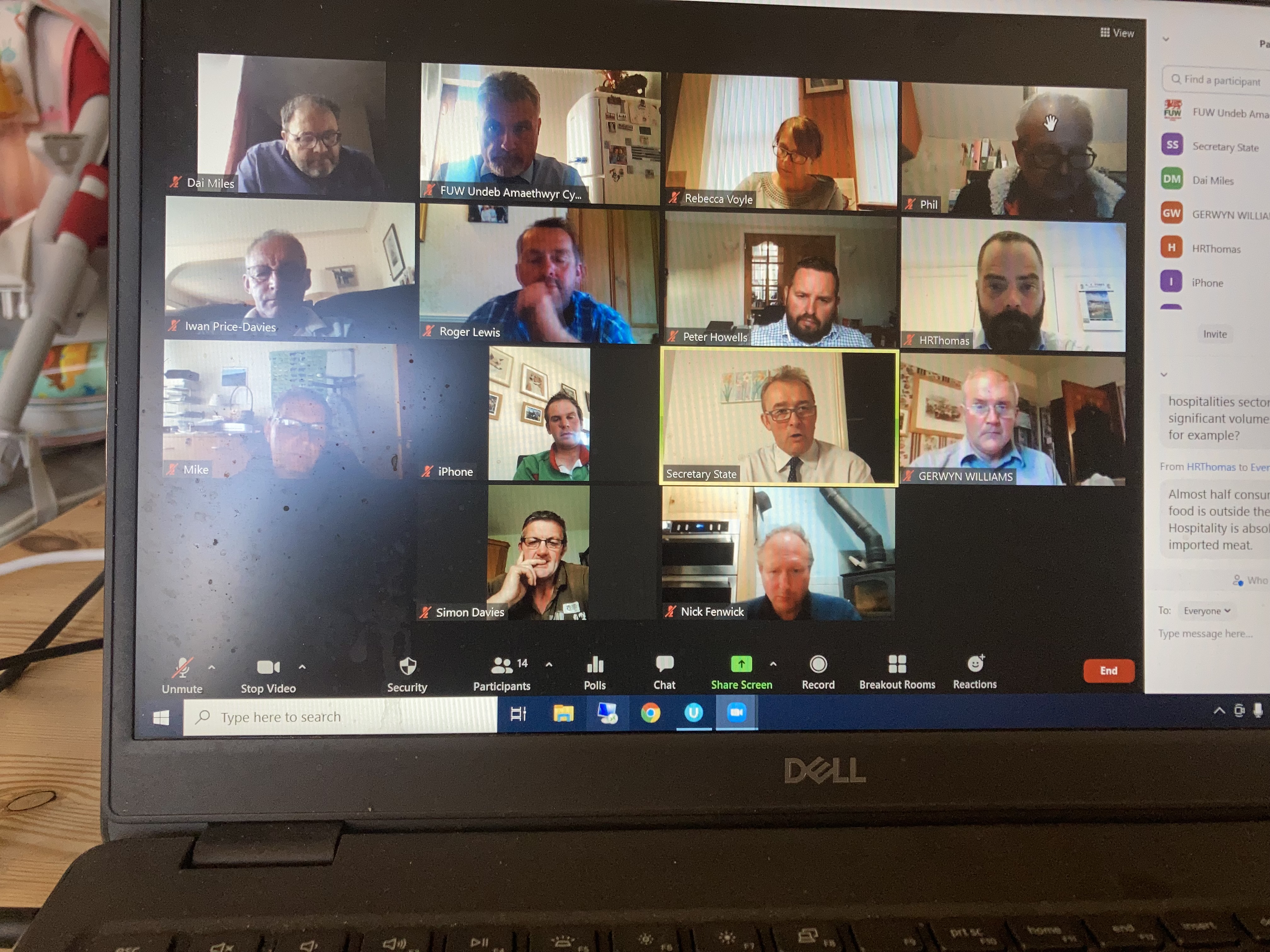 Farmers’ Union of Wales members from Carmarthenshire and Pembrokeshire have outlined their concerns and objections to the free trade agreement with Australia at a recent meeting with their local MP Simon Hart. The meeting was hosted jointly with NFU Cymru via Zoom.

Speaking after the meeting FUW Carmarthenshire county chairman Philip Jones said: “We made it very clear in our meeting with Simon Hart MP that trade deals lock the current and future governments into them, and as such need time and thorough scrutiny.

Mr Jones said the FUW had therefore asked him to do all he can to oppose such a trade agreement and ensure detailed scrutiny takes place.

“The extreme problems we are seeing in Northern Ireland because of the protocol show what happens when politicians do not listen to stark warnings and rush things through in order to meet a self-imposed timetable, but that’s exactly what’s happening with regard to the Australia deal.

“Claims that a liberal deal with Australia should not be feared since current import volumes are extremely low and unlikely to increase are clearly nonsense. If such arguments had any merit, then maintaining the current quota would not be controversial and would not be opposed by Australia,” added Mr Jones.

Australian politicians and industry representatives, Mr Jones told the MP, have been candid in expressing their view that the UK is a major target for the expansion of sales of red meat in particular.

“As it stands - we in Wales have no ability under existing legislation to reduce our standards to the extent that they come close to meeting the competitive advantage that Australian imports would enjoy. Doing so to any extent like that would equate to a ‘race to the bottom’ that would add to friction for our exports to our main markets in Europe,” he added