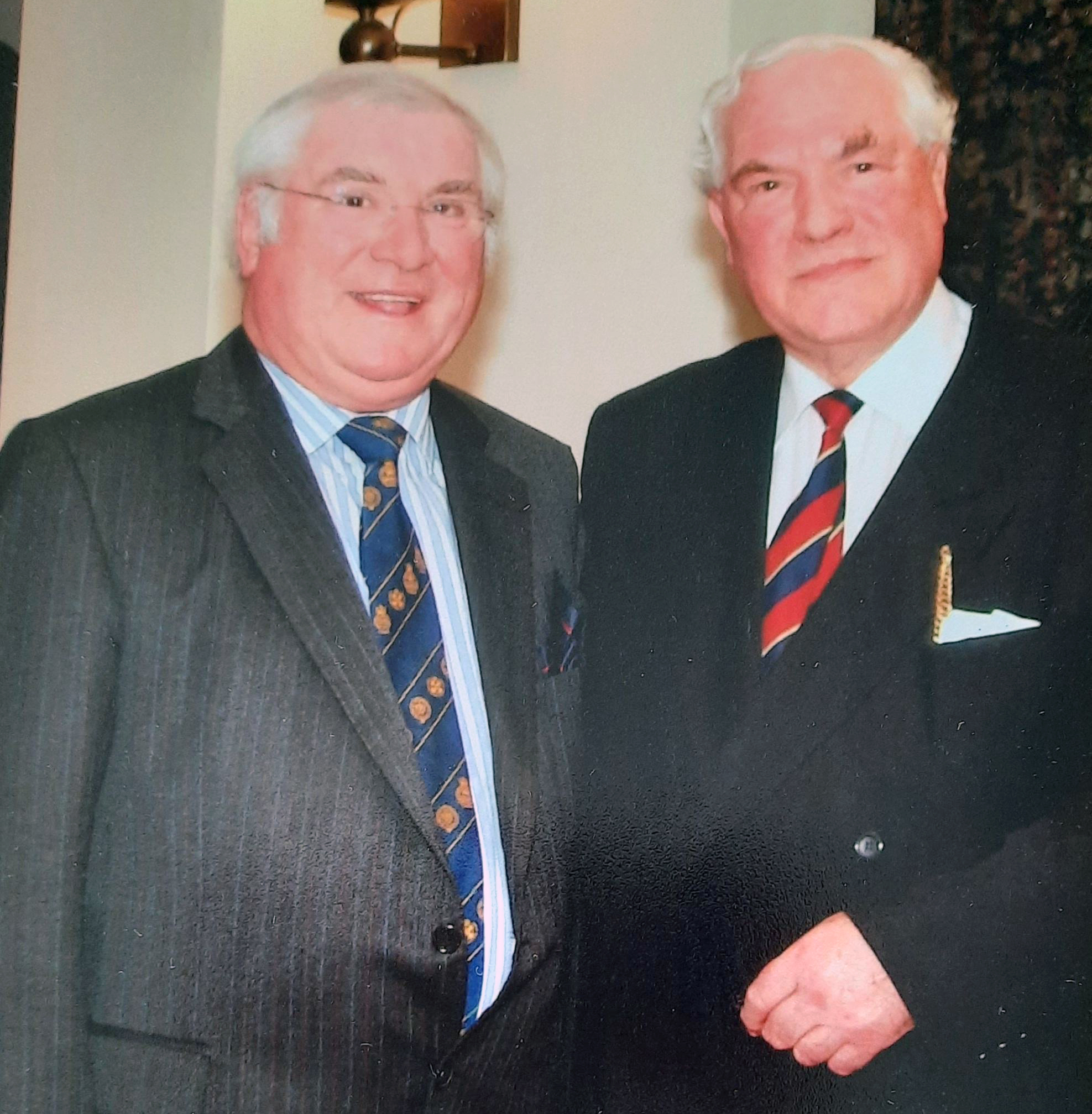 It was with great sadness that the Farmers’ Union of Wales was informed of the death of Lord Elystan Morgan. Elystan Morgan's contribution has been significant in the context of Wales, the Welsh language, agriculture and, of course, Cardiganshire. As officials and members of the Union we are proud of this opportunity to pay tribute to one of the great political figures in Wales over the last half a century.

Naturally, we could take note of his Parliamentary career, whether as a Member of Parliament for Cardiganshire between 1966 and 1974 and his service in the House of Lords over a period of nearly forty years between 1981 and 2020. We could also mention his tireless work in leading the 1979 devolution campaign and his important contribution, quietly and effectively to the strengthening of the devolution settlement following the 1997 vote. In addition, we could also discuss his superb career in law and as a very respected Judge for a lengthy period of time. As a Union we are proud to note his sincere contribution to Wales, the countryside and his lifelong commitment to the Welsh language.

As a politician Elystan Morgan had an innate understanding and sympathy for the demands of agriculture and rural Wales which was an important part of his work as a Member of Parliament for his home county. He gave a similar commitment during his time in the House of Lords where he was willing to consistently defend the interests of the countryside and Wales. He was a regular attendee of the annual dinner held by the Union at the House of Lords and at the events held in the Senedd to mark the Union’s farmhouse breakfast week. These events celebrated the uniqueness of rural Wales whilst also raising awareness of the demands of agriculture among politicians. Elystan Morgan's presence ensured that the Union's messages were heard and he was a firm champion on the red benches.

Elystan Morgan was also willing to engage with the Union socially and one memorable event was a dinner held at the Marine Hotel in Aberystwyth on 8 April 2006. This was the first dinner that the Union had organised to celebrate 'Outstanding Contribution to Welsh Agriculture'. It was decided to present this award for the first time to Dai Jones, or Dai Llanilar as he is known to most of us. Dai decided that Elystan Morgan should be the guest speaker and so be it.  It was a very special event with every ticket sold, not only to the large dining room in the Marine, but also to several other rooms with a loudspeaker carrying the voice of the guest speaker to those who were not fortunate enough to be in the main dining room. It was a wonderful evening with incredible word-handling skills used to deliver a purposeful message, by two delighted old friends, Elystan and Dai.

In his book ‘Atgofion Oes' it was nice to see Elystan Morgan referring to one of the early founders and pioneers of the Union, D.J Davies, Panteryrod (Maelgwyn Davies' father). He referred to him as a capable, eloquent, defiant and extremely vivid farmer and noted that he had come within 2,200 votes to win the Ceredigion Labour party seat in 1964 and pre-empted the way for Elystan Morgan to take the seat in 1966.

The loss of Lord Elystan Morgan is not only the loss of a good friend of Welsh agriculture and of this Union in particular, but also marks the end of a period in which politicians were highly regarded and believed in expressing their views honestly. He will be sadly missed and as a Union we would like to extend our condolences to his family and friends.