Trade relations breakdown must be avoided at all costs in NI protocol talks, says FUW 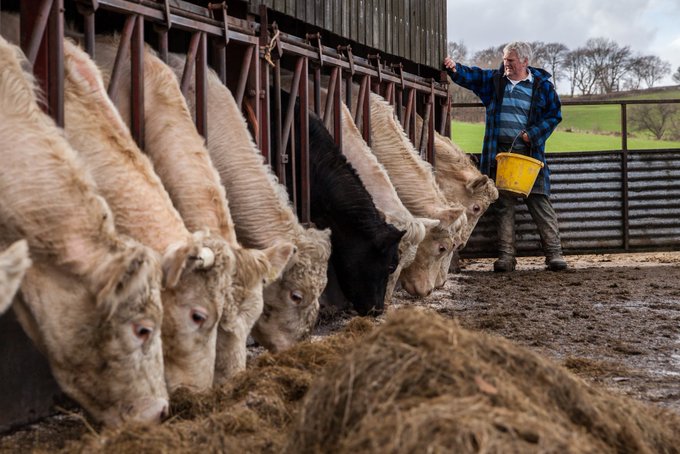 The Farmers’ Union of Wales (FUW) has urged the UK Government to work within the Northern Ireland (NI) protocol and to carefully consider the benefits of the concessions put forward by the European Union - or risk severe adverse impacts for UK businesses from a breakdown in trade relations between the UK and EU.

Following a meeting of the FUW’s Presidential Policy Team on Wednesday evening (13 October), FUW President Glyn Roberts said: “During the meeting, members discussed the problems caused by the protocol, the EU’s proposals to allay these within the terms of what the UK agreed and signed up to, and the threat for Welsh agriculture and UK businesses of a breakdown in trade relations between the UK and EU.

“It was concluded that the most pragmatic way forward was for the UK to consider the significant improvements put forward by the EU in a positive light, and that Welsh and UK businesses already facing major disruption due to issues such as worker shortages should not be placed at greater risk through the UK seeking to tear up an international agreement on which the ink is barely dry.”

Mr Roberts said that attempts by the UK at a wholesale renegotiation of the protocol and its fundamental principles so soon after agreeing it had already brought the UK into disrepute on the international stage and in recent weeks led to stern warnings by US President Joe Biden.

The protocol, negotiated by the UK and EU in 2019 and finalised in December 2020, is designed to avoid the severe repercussions of the creation of an EU-UK hard border on the Island of Ireland by keeping Northern Ireland in the EU Single Market and creating an effective GB-EU customs border in the Irish Sea.

“This means that checks must be carried out on products exported from GB into NI, and we fully acknowledge that these have caused numerous problems for NI businesses importing goods from GB,” said Mr Roberts.

The EU responded to the problems and demands by the UK Government by issuing a set of proposals on Wednesday (13 October) it claims could reduce as much as 80 percent of the GB-NI border checks, and has also offered to change EU regulations that apply to all of its 27 Member States in order to accommodate the proposals.

“Presidential Policy Team members were extremely concerned by the threats and ramping up of rhetoric by the UK Government ahead of the publication of the EU proposals and the degree to which this threatens a breakdown in the trading relationship between the UK and EU.

“This is a relationship upon which tens of thousands of Welsh and UK businesses rely, including farms and food producers,” said Mr Roberts.