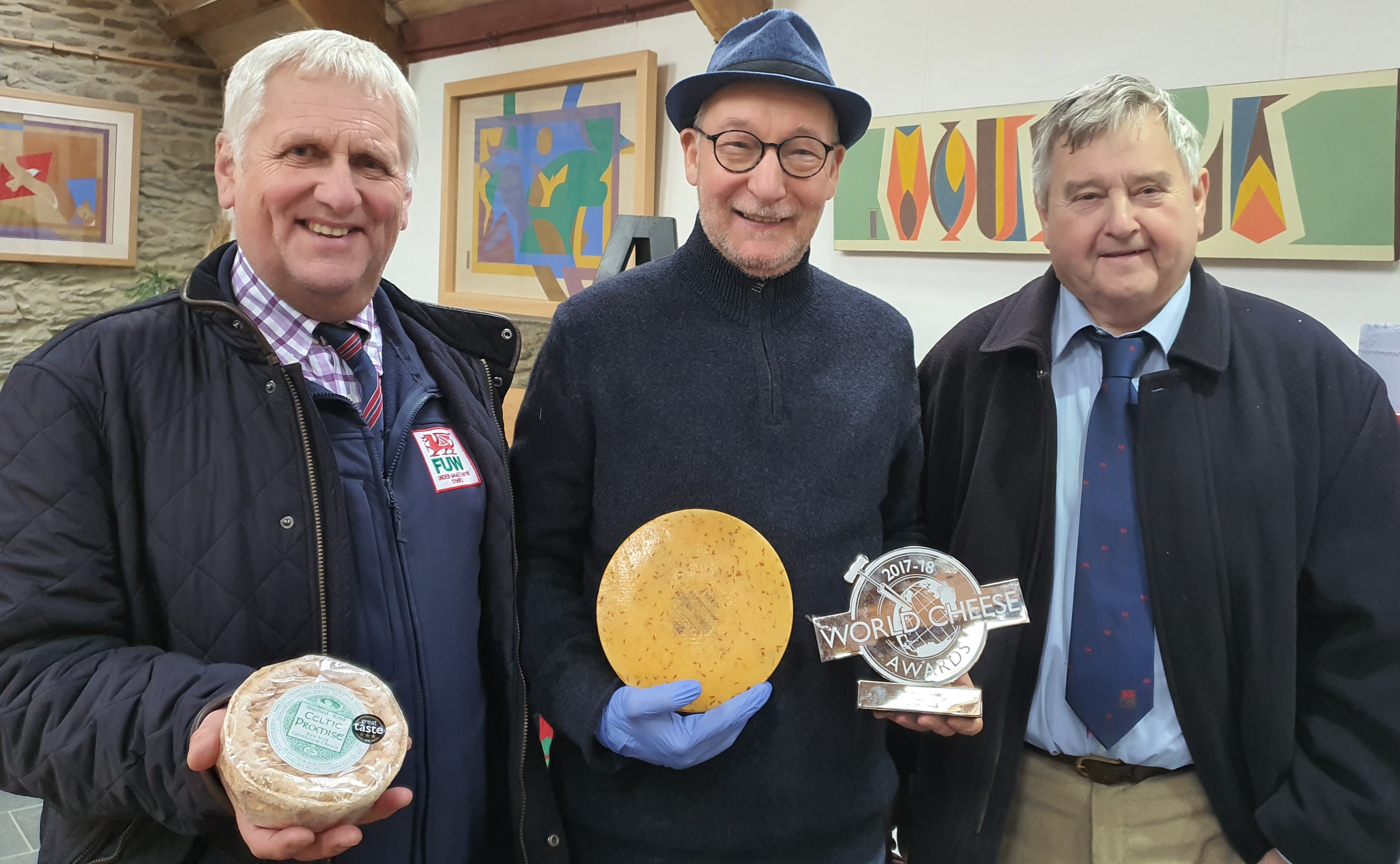 A delegation of dairy enthusiasts from the Farmers’ Union of Wales have made the pilgrimage to iconic Welsh cheese producer Caws Teifi Cheese in the heart of Ceredigion.

In 1982, the company’s co-founders came to Wales from Holland with dreams of organic farming. They soon set about reviving the lost tradition of using raw milk and local ingredients to make high-quality artisanal cheese. They have continued to be at the forefront of artisanal cheesemaking ever since.

Caws Teifi Cheese is now the longest established artisan cheese maker in Wales and their co-founder John Savage-Onstwedder is regarded as the ‘Godfather’ of artisan cheesemaking in Wales.

Their cheeses are sold at local farmer’s markets, at specialist artisan cheese shops and delis, and online, the farm also has its own small farmshop.

Speaking on-farm, John Savage-Onstwedder said: “Fair trade was developed to help producers in developing countries get a better price for their products. Isn't it time that the British dairy farmer gets a fair price for the milk they produce? It's long overdue.”

Enjoying a tour of the farm and cheese making facilities, FUW President Glyn Roberts said: “John and the family are a credit to our industry. Their hard work, determination and unrivaled enthusiasm for making cheese is inspiring.

“We really enjoyed visiting the farm and seeing how things are done here. I wish them the very best of luck for the future and hope consumers can enjoy their wonderful cheese for generations to come.”