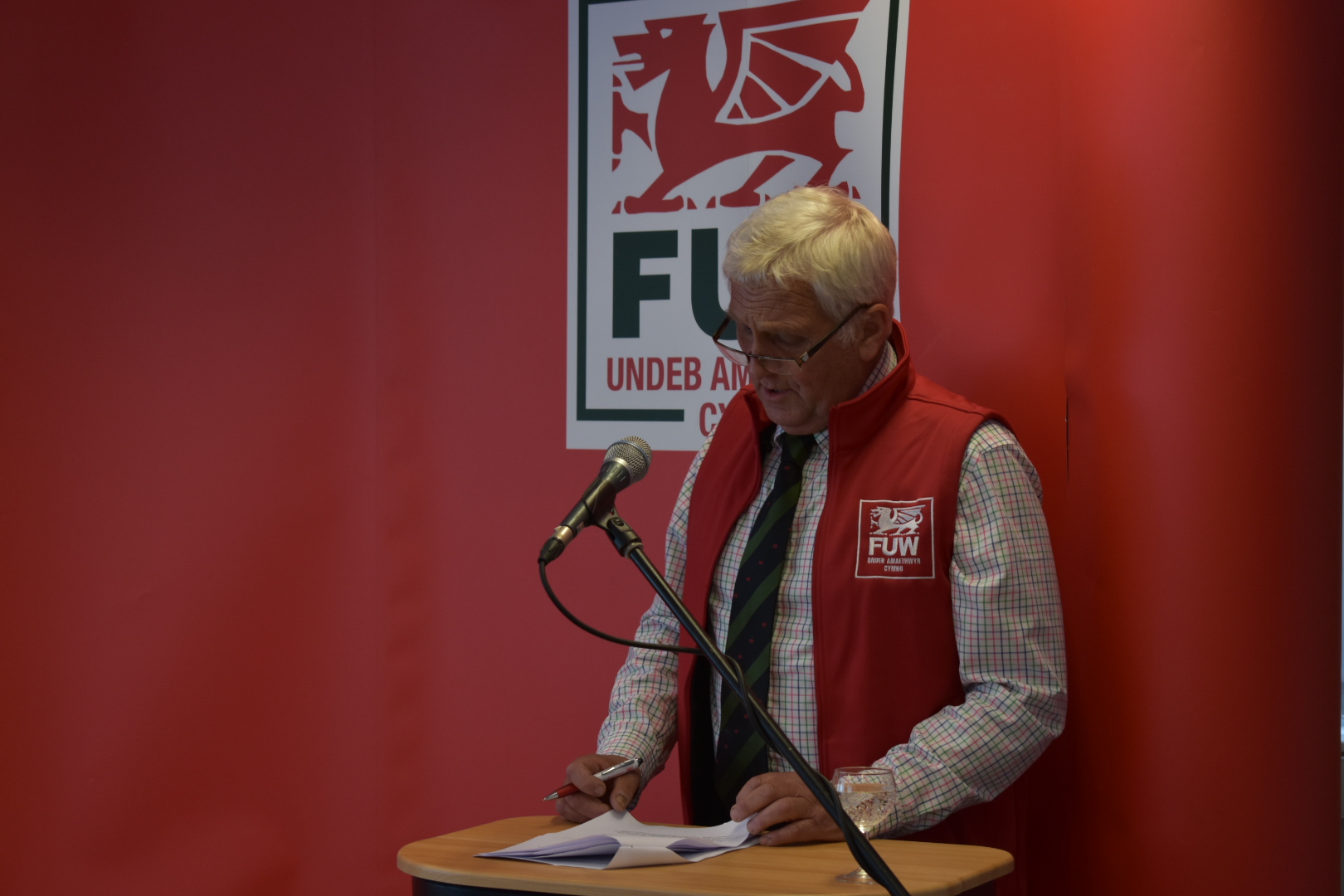 “The dairy industry continues to find itself at the centre of negative public attention with much anti-farming sentiment being expressed by various vegan and animal rights organisations.

“The rise of both veganism and plant-based dairy alternatives cannot be ignored, so as the campaign against dairy becomes louder, let me say this: Our animal health and welfare standards are amongst the best in the world. That is indisputable.

“And, the nutritional content of our milk and dairy products make them an essential part of the modern diet.”

Mr Roberts was clear that the ban on the use of the term ‘milk’ for certain plant-based alternatives was a step in the right direction but warned that we must ensure that the UK adheres to this decision after we leave the EU.

“We must also continue to make sure that consumers are not misled by inaccurate labelling or extremist information. To that end, this Union will continue to fly the flag for our dairy farmers here in Wales. We will continue to take a proactive stance and shout about why our dairy industry is the best,” he said.

With Brexit fast approaching the Union President said he, like many others, is concerned about what will happen, not just to the dairy industry here in Wales, but to agriculture across the UK.

“We cannot continue to operate in a system where retailers use milk as a ‘loss leader’. Milk is a valuable commodity and dairy producers should be paid appropriately for the high-quality milk they produce,” said Glyn Roberts.

Turning his attention to the ongoing bovine TB crisis, he told delegates that recent research continues to support the FUW’s position that cattle controls alone cannot solve the TB problem in Wales.

“A study published in ‘Scientific Reports’ this month assessed the real effects of the 4 yearly culls in Gloucestershire and Somerset between 2013-2017. The results overwhelmingly demonstrate that culling reduces the level of TB in cattle,” said Glyn Roberts.

He further pointed out that 4 years after the introduction of badger culling, the level of bovine TB in cattle reduced by 66% in Gloucestershire and 37% in Somerset.

“Moreover, current data on the edge of the cull areas showed no negative perturbation effects. The Welsh cattle industry continues to operate under a heavy burden of cattle controls which have yet to make a significant impact on the levels of bovine TB in cattle.

“Over 12,300 cattle were slaughtered in Wales in the year ending June 2019. The highest on record.

“We believe that Welsh TB policy should be changed and a scientifically tried and tested badger cull policy be established which learns the lessons from the strategy employed by Defra in England,” he said.

Looking to the future, Glyn Roberts said that the Welsh dairy industry has got plenty of good things to boast about and that our farmers produce award-winning food that is recognised across the world.

“Indeed there are many farmers in the room here this evening who have been recognised for their fantastic produce with prestigious and well-deserved awards.