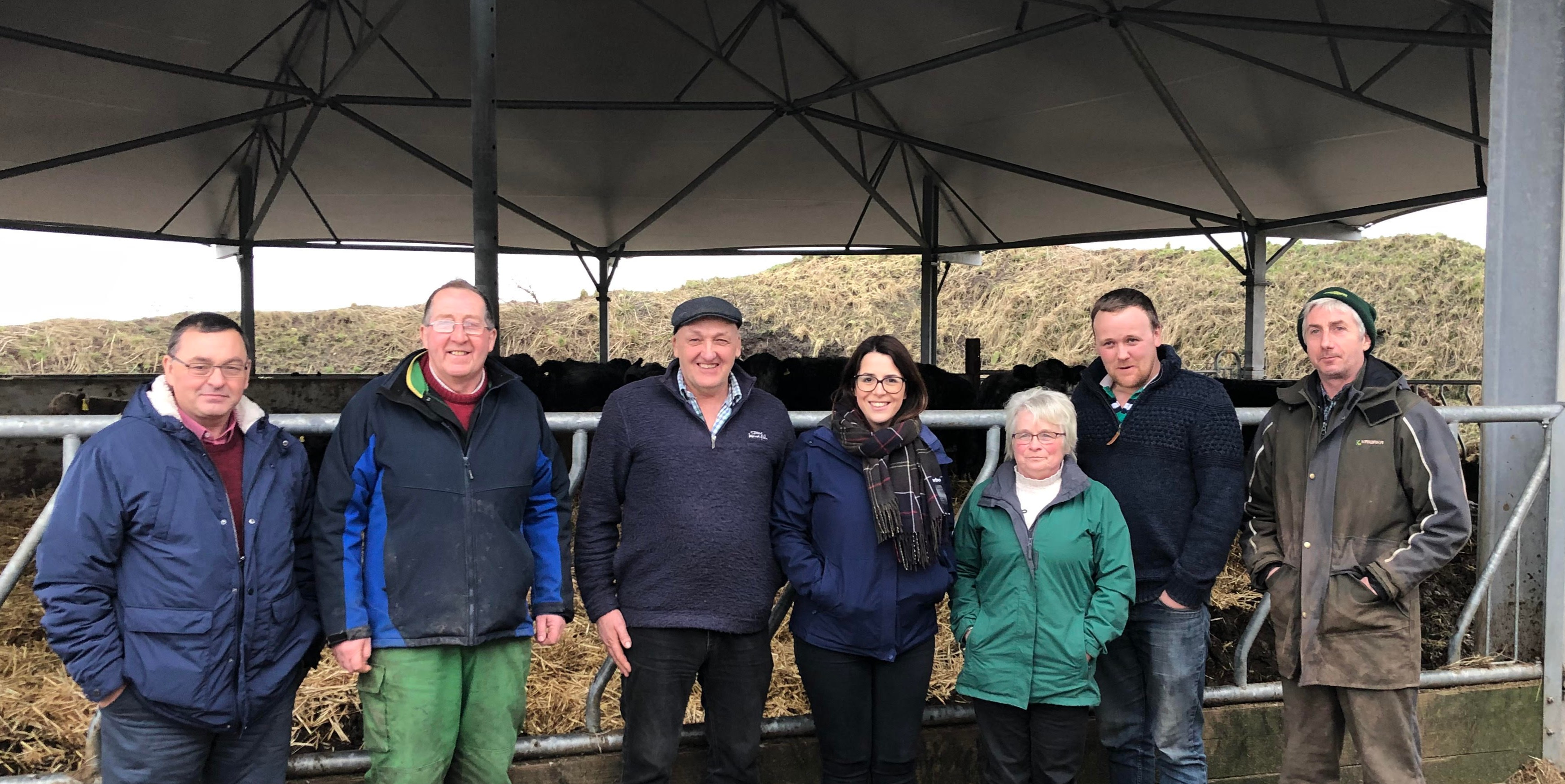 Farmers from Brecon and Radnor have highlighted their concerns about the future of farming during a recent farm visit in South East Wales.

Opening the gates to his farm Pencoedcae near Tredegar, Farmers’ Union of Wales Vice President Brian Bowen welcomed newly elected MP Fay Jones to discuss issues such as the Agricultural Bill, the urgent need for frameworks and Brexit.

Brian runs a mixed suckler cow and hill sheep unit and the farm consists of 150 acres of owned land with a further 1000 rented acres and 1200 acres of common rights on three separate commons.

Speaking about the Agriculture Bill, Brian Bowen said: “The Bill does nothing to ensure food imported to the UK meets UK standards — despite ministerial assurances that imported food would meet our standards. That is a huge concern for our farmers.”

While Clause 27 of the Bill, gives the Secretary of State powers to impose written contracts or specific contract terms, it still falls short he stressed.

“The Bill does not extend the powers of the Groceries Adjudicator to cover the whole supply chain. We will therefore continue to stress that farmers selling produce to a supermarket via an intermediary or processor will remain vulnerable.”

Farmers further highlighted the urgent need for frameworks in the UK if the UK's 'home market' is to continue working properly and fairly.

“We need frameworks to prevent unfair competition between producers in different parts of the UK. The Direct Payments to Farmers (Legislative Continuity) Order illustrates our fears: It removes the EU Pillar 1 financial ceilings mainly to allow Scotland to pay more money to farmers following Lord Bew’s review of payments.

“If an additional windfall promised by the UK Government in August 2019 is paid through the BPS in 2020, the difference between average Scottish and Welsh farm payments will be around £16,200.

“Paying such an additional sum was not possible under the EU framework as it would have exceeded the Pillar 1 financial ceiling,” said Brian Bowen.

Emphasising the importance of trade, Union officials told MP that 35% or more of Welsh lamb goes to Europe and that trade there is important. But with 60%+ going to England — it is critical that nothing breaks the UK Home market as a policy in devolved arrangements.

“This is a challenge philosophically and politically for some: Frameworks, by definition, restrict devolution and sovereignty, yet no advanced or mature nation which has a trading arrangement with another country or is part of a single market does not operate without the restrictions of frameworks that ensure the proper functioning of the market.”

Since 2016, following an internal consultation, the FUW has argued for frameworks to be agreed between UK Governments in order to prevent inappropriate differences between policies and funding in different parts of the UK.

“As an organisation established more than sixty years ago to advance and protect the interests of Welsh farmers, we remain fully committed to devolution and the advantages it has brought to Wales and other nations over the past two decades.

“But such changes do not negate the need for all our nations to work together to develop approaches which are mutually beneficial and protect not only our farmers and internal markets, but also our status and reputation across Europe and the World,” added Brian Bowen.

Addressing farmers concerns about Brexit, the Vice President reminded the MP that it was paramount the UK Government seeks to reach a long term agreement with the EU which maintains simple and tariff-free access to the EU’s Single Market.

“This UK Government has to ensure transitional and post-Brexit trade arrangements do not sever established supply chains which are of importance and add value to Welsh and UK produce. But, we must also investigate opportunities to develop new trading arrangements with other countries and trading blocs which benefit primary producers and open up or expand markets,” he said.