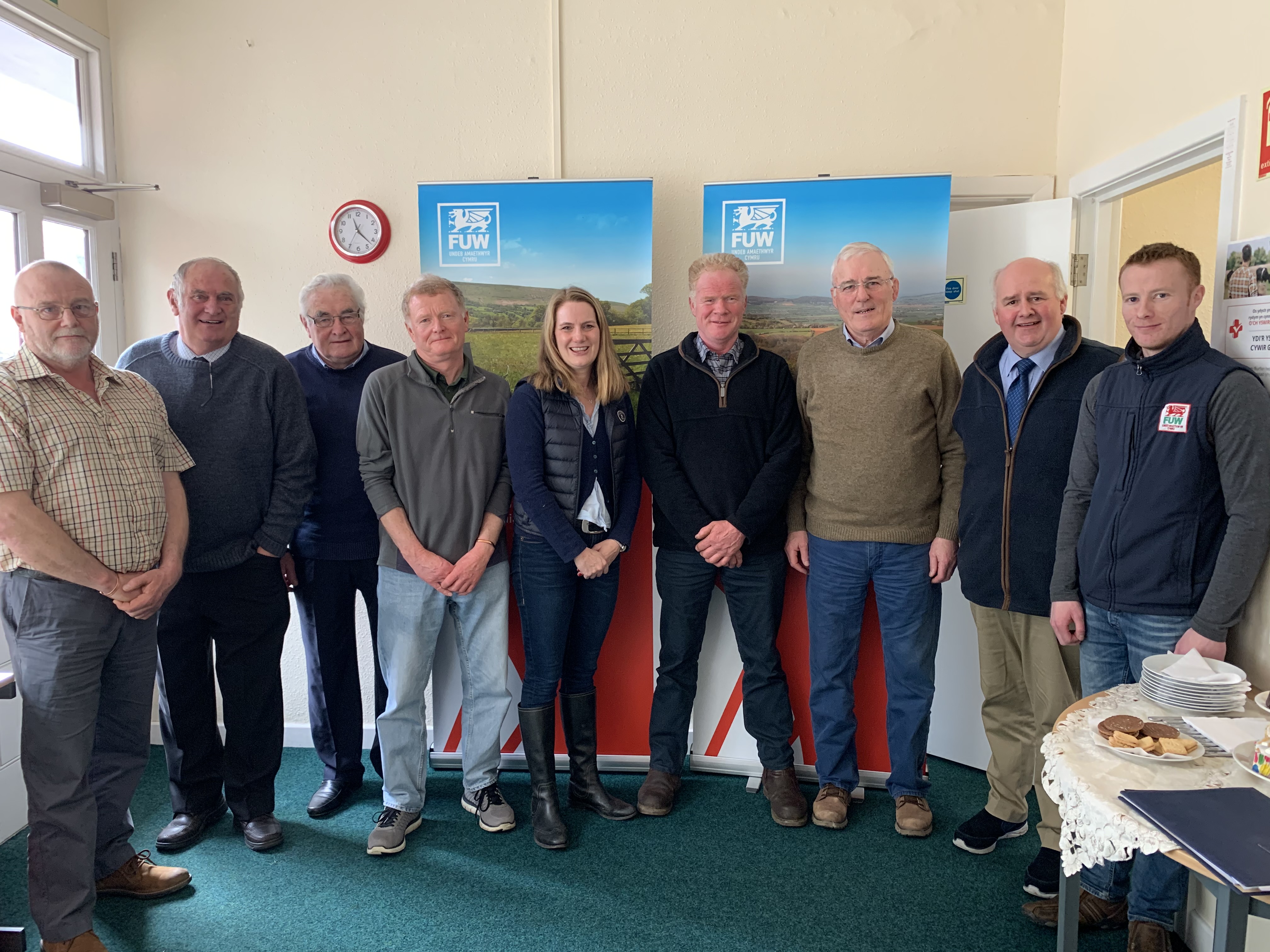 Farmers from Anglesey have raised concerns about the future of farming with local MP Virginia Crosbie in light of the ongoing uncertainty on trade deals, food imports and the lack of frameworks in the UK.

FUW Anglesey county chairman Richard Williams said: “We are very concerned about the direction of travel for agriculture. Hearing Farming Minister Victoria Prentis referring to the risk of 'creating considerable uncertainty' by legally protecting food production standards in trade deals, is a worry to say the least.

“In reality it is the UK Government which would be proactively creating such uncertainty by taking a position on trade which deliberately abandons our EU export markets and severs the established supply chains which extend across Europe. It's within their gift to avoid such uncertainty, and we urged Mrs Crosbie to do all she could to help protect our farmers and consumers from a flood of poor quality food products.”

FUW Anglesey County Vice Chairman William Spencer Hughes added: “We work very hard and to very strict rules and regulations. Some of the food that could land on our supermarket shelves from abroad will have been produced to standards that are illegal here. It may make these food items cheaper in some cases, but it’s a false economy given that would undermine our own food security, increase environmental damage and food miles and fail to protect our consumers. As food producers, we are committed to keeping up standards. Our way of producing food in a safe and sustainable way must be protected.”

“Since 2016 the FUW has argued for frameworks to be agreed between UK Governments in a way which respects devolved powers but within agreed boundaries which reflect the danger that significant differences between the four UK nations will lead to unfair competition and market distortion. I hope that our MP can take up these concerns, which are absolutely essential in terms of protecting our industry,” added Mr Hughes.