Presidential team of the FUW re-elected 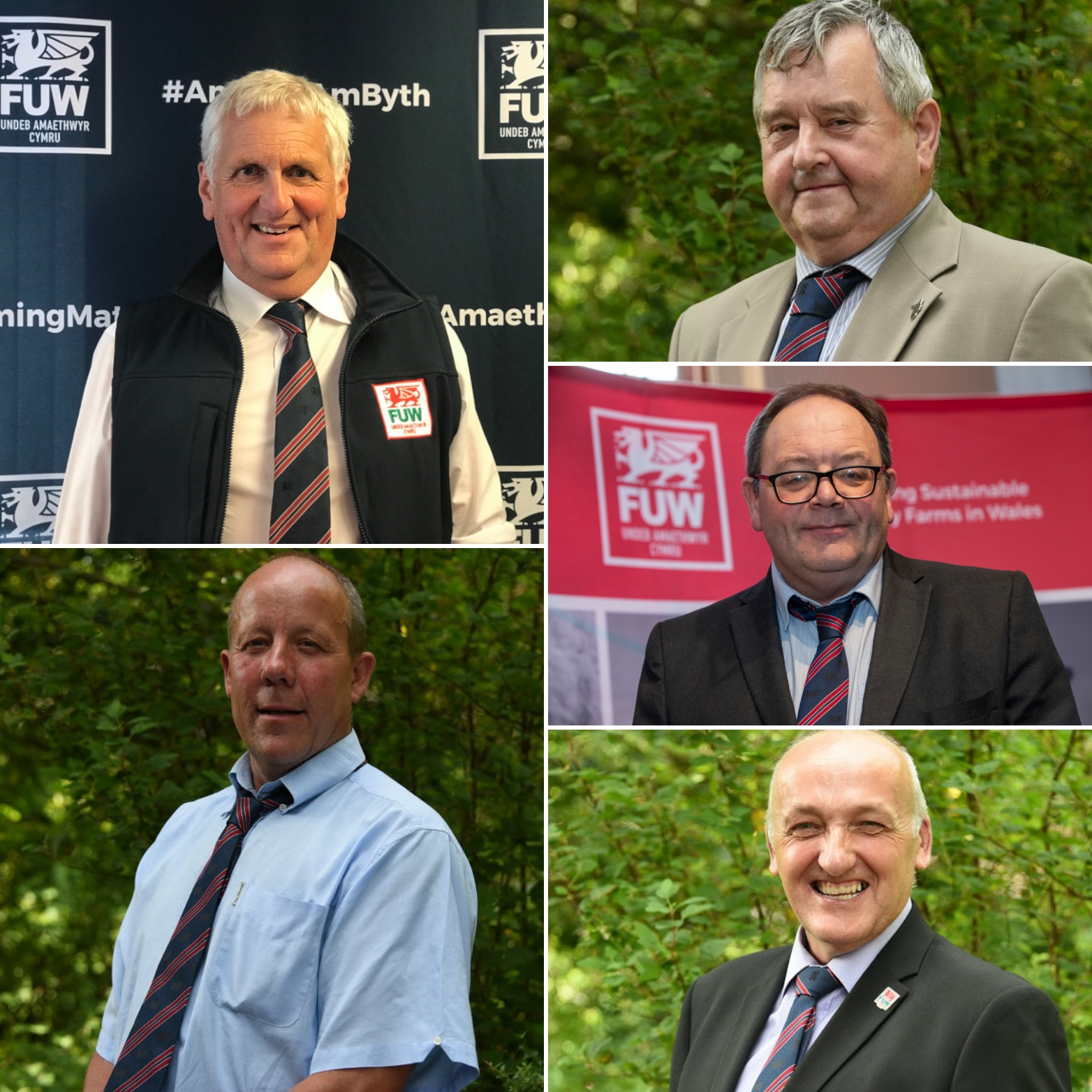 Members of the presidential team of the Farmers’ Union of Wales have been re-elected at a special virtual meeting of the Council of the Union.

The Presidential Team is democratically elected by the Union’s farmer members from across all 12 County Branches.

In their roles as Official FUW Representatives, the Presidential Team speaks exclusively on behalf of the Farmers of Wales at local, national and international levels.

The full team includes the President Glyn Roberts and Deputy President Ian Rickman, as well as the Vice president for the North, Mid and South of Wales regions.

North Wales Vice President Eifion Huws, a highly respected Ayrshire cattle judge and dairy farmer, who has been representing the dairy industry in the hope of acquiring better conditions and prices for farmers.

Mid Wales Vice President Brian Bowen, who farms a mixed suckler cow and hill sheep unit near Tredegar. The farm consists of 150 acres of owned land with a further 1000 rented acres and 1200 acres of common rights on three separate commons. He runs the farm, along with his father, mother and son.

South Wales Vice President Dai Miles, is a Pembrokeshire dairy farmer and chairman of the milk and dairy produce committee. He is also one of the 4 founding directors of Calon Wen, an organic milk co-operative that not only sells on its members' milk to processors but has created its own brand of dairy products which are available through all major retailers in Wales and UK wide via distributors.

In 1997, in partnership with his wife Sharron, the couple took on the tenancy of Barnsley Farm, a 143 acres farm in West Wales. At the time it was a stock/arable unit which they converted into an organic dairy unit starting with 33 cows and leased milk quota. In 2001 they took on a further 90 acres of pasture land and then in 2005 the neighbouring farm within the same estate. At the moment the couple have 120 cows and 65 youngstock. Cropping is mainly grass, however arable silage, forage rape and fodder beet are part of the rotation farming approx. 300 plus acres.

Speaking about the re-elected team, FUW President Glyn Roberts said: “I’m grateful to have such a strong team representing our members in every region of Wales. We face some big challenges in the months and years ahead but I am confident that together we can advance and protect Wales’ family farms, both nationally and individually, in order to secure thriving, sustainable family farms here in Wales - which has always been our mission and vision - and we will continue to do everything we can to keep our farmers farming.”

Want to have your say when it comes to your future? Don’t let others decide for you! Join our Younger Voice for Far… https://t.co/QEH5TfpRrY
Follow FUW_UAC on Twitter