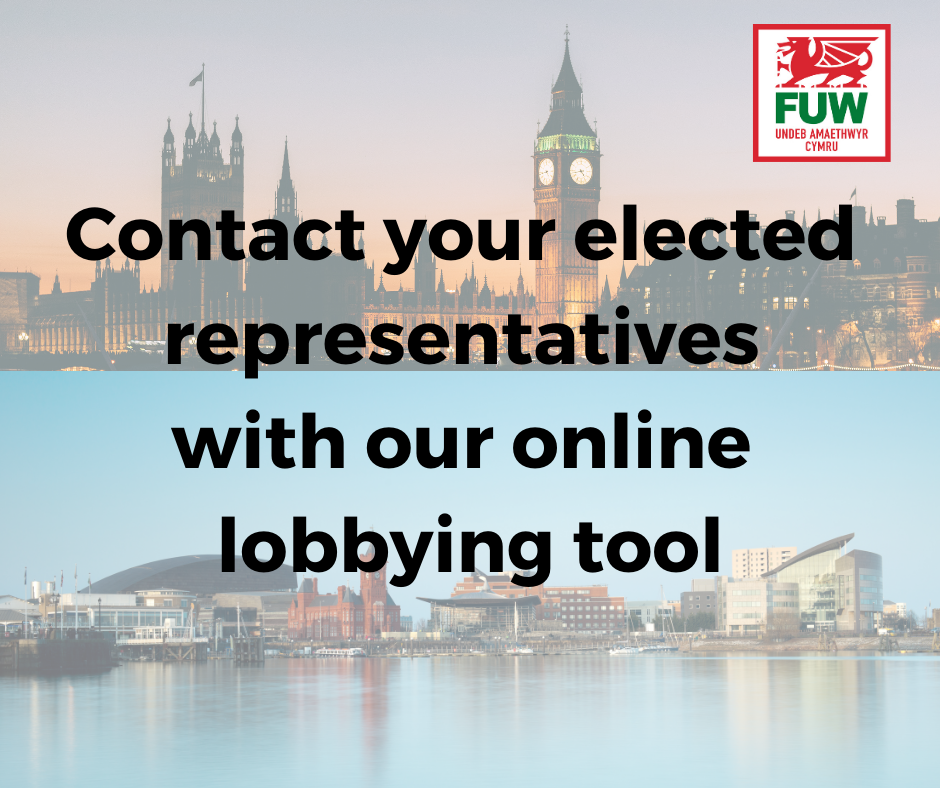 The Farmers’ Union of Wales is urging farmers and members of the public to use an online tool to lobby Welsh politicians over cuts to Wales’ agriculture and rural development budget announced by the UK Chancellor on 25th November.

The tool allows people to email their elected Members of Parliament and Members of the Welsh Senedd calling on them to fight for the restoration of Wales’ agriculture and rural development budget to pre-EU Exit levels in real terms - in line with promises made to Welsh and UK constituents by numerous politicians and UK Government ministers.

FUW President Glyn Roberts said: “The UK Government has cut funding for Welsh agriculture and rural development by at least 27% and up to 41% if Pillar transfer funds are included, and the implications for the economic, environmental and cultural sustainability of our communities are severe.

“We’ve therefore set up a lobbying tool so farmers and members of the public can write to their elected representatives urging them to lobby the UK Government to ensure funding for Welsh agriculture and rural development is restored to pre-EU Exit levels.”

The farming industry and general public were assured repeatedly by leading campaigners for Brexit and UK Government ministers that funding for Welsh agriculture and rural development would not be reduced after the UK had left the EU, while the 2019 Conservative manifesto claimed ‘...we will guarantee the current annual [Common Agricultural Policy (CAP)] budget to farmers in every year of the next Parliament.’

However, the UK Treasury has used unspent money from the 2014-2020 Common Agricultural Policy budget to calculate the total funding for Welsh agriculture and rural development in 2021-2022, meaning Wales will receive £95 million (28%) less than would have expected if the spirit of the promises had been met.

“The UK Government's failure to take account of the 15% Pillar Transfer figure increases this loss to £137 million - a reduction in funding for Welsh rural communities of 41% - and I would urge all those who care about Wales to contact their elected politicians regarding this issue.” said Mr Roberts.

Elected politicians can be contacted in either English or Welsh using the following links: