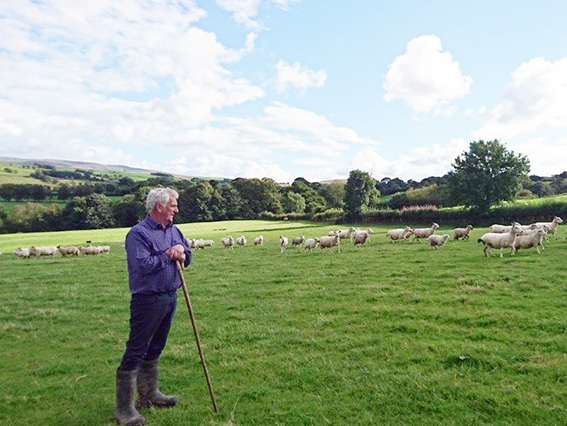 The Farmers’ Union of Wales says the common sense decision to prolong import limits on steel products should trigger somber reflection over the impact of trade deals that open UK markets up to cheap food imports.

The UK Government announced on Wednesday (30th June) that it would extend measures that defend the steel industry against cheap imports of certain types of steel, particularly from China.

The steel industry had described the original plan to remove tariffs as “utter madness”, warning that import surges would be devastating for the industry in the UK.

Referring to the trade deal recently agreed in principle with Australia and plans to sign similar deals with other countries and trading blocs, FUW President Glyn Roberts said “The phrase ‘utter madness’ also applies to moves that would open up our market to cheap food produced to lower standards.

“Such deals would be particularly devastating for rural areas where jobs relating to farming and agricultural supply chains make up a large proportion of the workforce and an invaluable contribution to our society and culture.”

“Signing trade deals that will increase our reliance on food imports just twelve months after the pandemic exposed our vulnerability to sudden changes in global food supply systems can certainly be described as utter madness,” he said.

The UK Government has claimed that UK farmers and food processors have nothing to fear from a deal with Australia, since their beef prices are currently far higher than ours, meaning they are unlikely to use any quota they are given.

“It’s true to say Australian beef prices overtook ours in January 2020 and have remained high, but in the previous eighteen years they have been consistently lower than ours, and the same is the case for their lamb prices.

“This means that over the past two decades our quota regime has been an essential barrier that has prevented our market and farmgate prices from being undermined by imports.”

“Members of Parliament and the UK Government need to act in their constituents and the UK’s long term interests by avoiding changes to quota which will have detrimental impacts on core industries - this is as true for our food and farming as it is for steel,” he added.