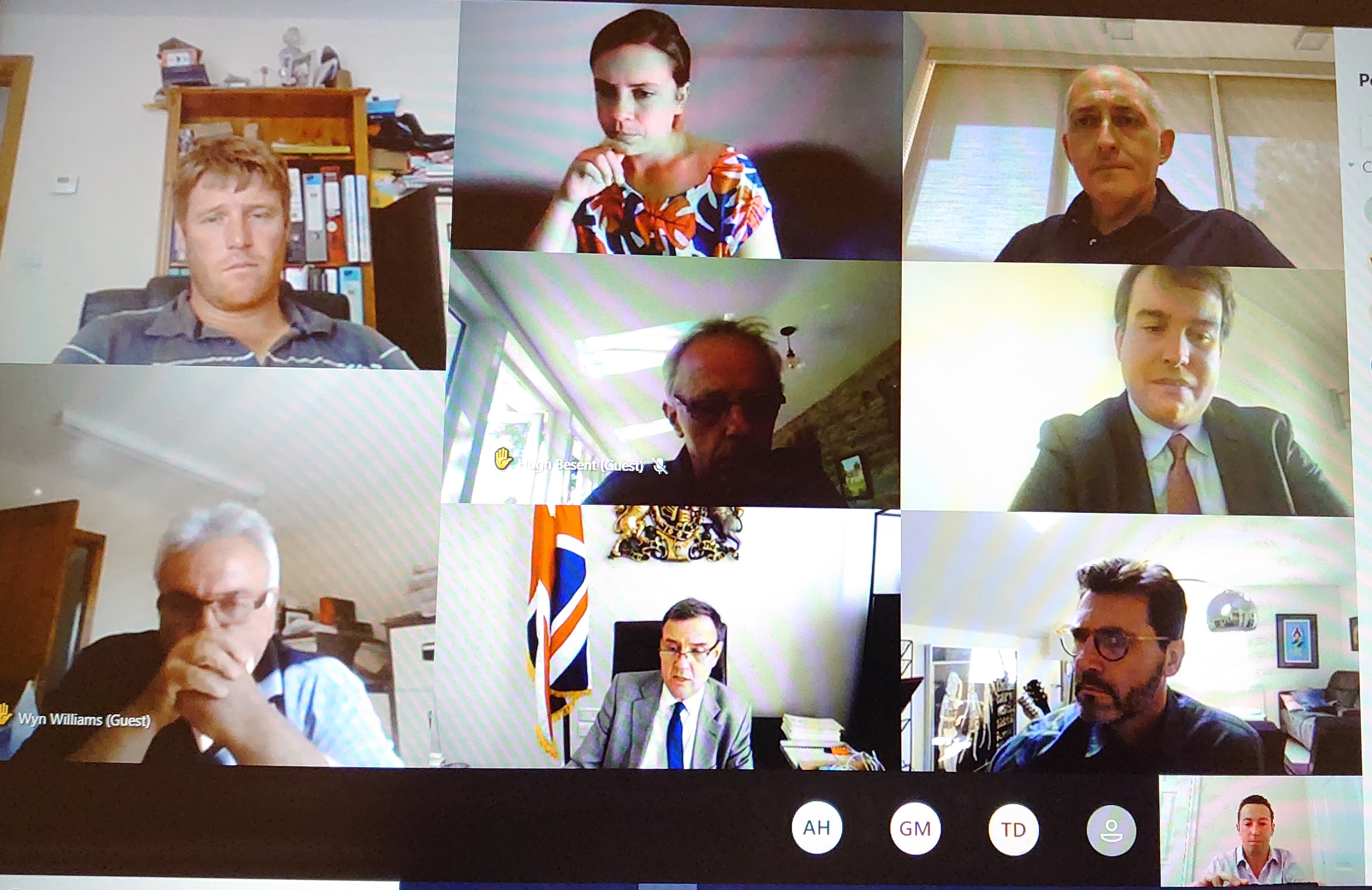 Farmers from Montgomeryshire and Farmers’ Union of Wales officials have met with local MP Craig Williams and UK Minister for Trade Policy Greg Hands to reinforce the industry's concerns about the free trade deal with Australia.

Speaking after the virtual meeting on Monday 19 July , FUW Montgomeryshire Livestock, Wool and Marts committee delegate Mark Williams said: “I thank both Craig Williams and Greg Hands for discussing our concerns around the free trade deal with Australia. It was a great opportunity for our members to reiterate our concerns very clearly.”

Australian farms, Union officials highlighted, benefit from significant advantages in terms of economies of scale: The average farm size in Australia is 10,700 acres compared with an average Welsh farm size of 125 acres, while 65% of Australian cattle farms have between 100 and 400 head of cattle, and farms of over 5,400 head of cattle account for 30% of the country's beef cattle. This compares to an average Welsh herd size of around 30.

The UK Government’s own figures estimate the economic benefits to the UK of such a deal are between 0.01% and 0.02% of GDP over fifteen years - an average of just 0.001% of UK GDP a year - and that UK exports to Australia will increase by just 7.3% compared with increases of imports from Australia of 83.2%.

“It is therefore clear that while the economic benefits of the proposed deal are close to zero for the UK as a whole, they are likely to be severe for Wales’ farming communities and the industries that rely on them, while also undermining our food security, and global animal health and welfare and environmental standards,” he added.

Such adverse impacts, Mr Williams said, would of course be exacerbated by further trade deals with other major agricultural producing nations - deals for which the Australia deal will set a precedent.

FUW Policy Officer Teleri Fielden added: “The importation of such food products is also likely to compromise access to our main export markets on the continent, as the EU seeks to ensure the UK does not become a back door for Australian imports by raising the post-Brexit non-tariff barriers that have already led to a halving of UK food exports to the EU in the first quarter of 2021.

“The value of developing existing and seeking new markets for all UK products, including our food, is of course recognised, but this must not be done at the cost of the long term viability of Wales’ food and farming industries, the environment and animal health and welfare standards.”

Last week, former Australian trade negotiator and founder of explaintrade.com, Dmitry Grozoubinski, told the Welsh Affairs Select Committee that “...it does feel a little bit like the goal here was to have an agreement in principle during [Australian] Prime Minister Morrison’s visit at the G7, which is an objective but not necessarily a very forward-thinking way to do trade policy” and that “Welsh farmers are right to be concerned in the long term...The Government will have given away their ability to use tariffs to protect them against... [squeezing domestic producers or replacing EU imports]...as a very simple example, Australian exports of beef to the US have gone up 627% in the last 20 years. If you looked at the numbers 20 years ago, Australia was a nonentity in the US market; it is now hovering somewhere around third by value and very high on tonnage…”

The Union has launched an online petition tool to allow members and the public to contact their local Member of Parliament, voicing their concerns about the free trade deal. The lobbying tool can be accessed here: https://fuw.org.uk/en/policy/contact-your-mp