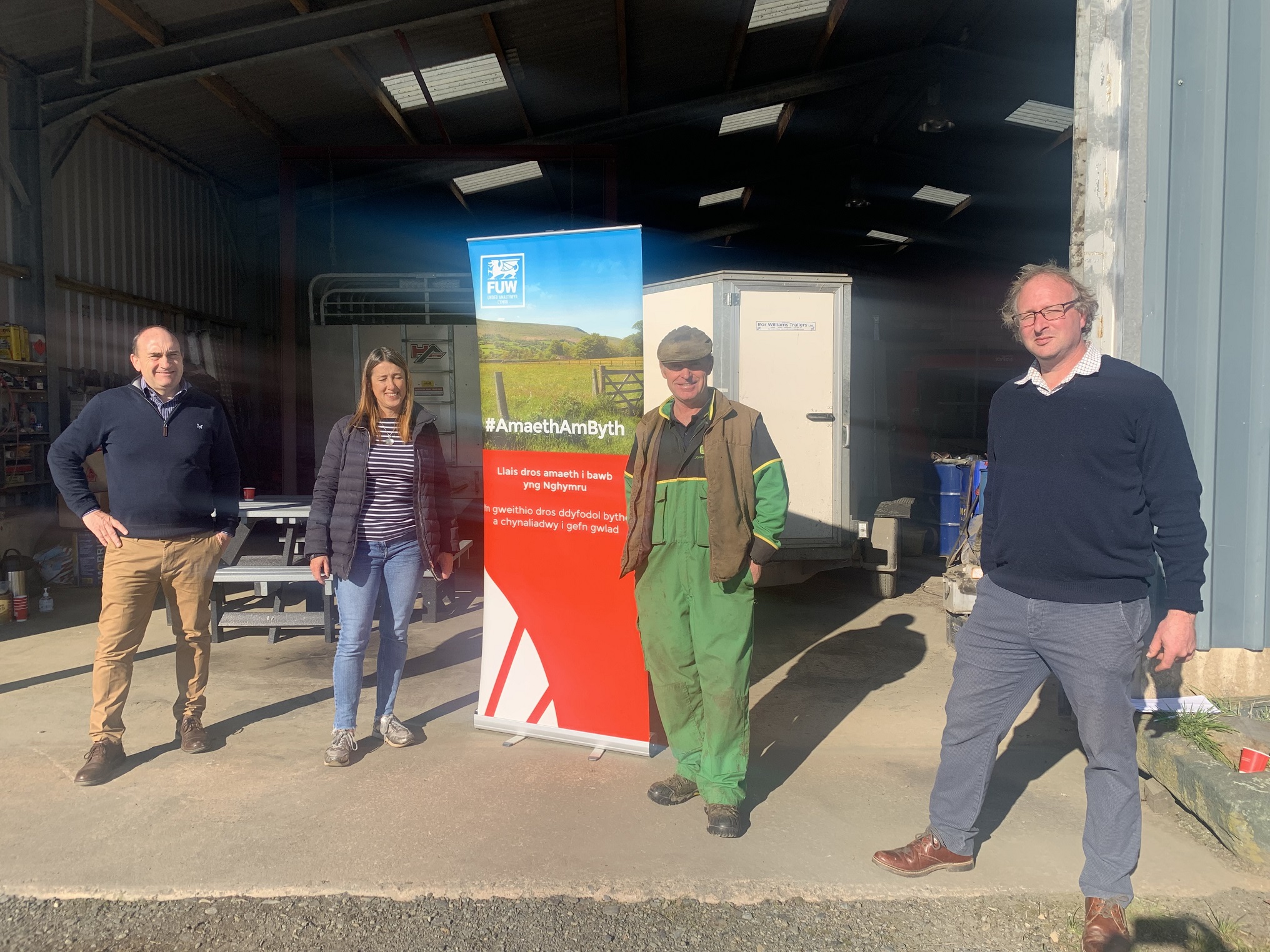 A Meirionnydd sheep farmer has raised industry concerns with Mid and West Wales Member of the Senedd Jane Dodds. Welcoming the MS to his farm was Robert Wyn Evans, who farms at Sylfaen Farm, Barmouth, Gwynedd.

Sylfaen Farm is situated approximately 2 miles from Barmouth and extends to approximately 1200 acres, with a further 120 acres farmed at Tudweiliog on the Lleyn Peninsula. The vast majority of the land at Sylfaen is mountain and rough grazing, with only 105 acres being improved land, of which approx 55 acres kept for silage.

Robert looks after 1050 breeding ewes, mainly Welsh Mountain, but also Aberfield X. All lambs are fattened and sold through the live market. A herd of 40 suckler cows are also kept, with the young cattle sold as stores between 18-22 months at Dolgellau market.

The farm has been in the Glastir scheme since 2014 and there is a long history of participation in agri-environment schemes. The farm entered the Tir Cymen scheme in 1993, when Meirionnydd was chosen as a pilot area for the scheme. Thereafter, the farm joined the Tir Gofal scheme until the opportunity came to join Glastir in 2014. Robert is pleased that confirmation has now been received that this scheme will be extended until the end of 2023.

Speaking after the visit Robert said: “Any proposed support framework for the future must ensure that there is a baseline payment, and an acceptance that farmers need to be supported with more than a narrow definition of environmental payments . We have no chance of keeping the younger generation on the land unless this is clearly established.

“There is so much uncertainty at the moment which makes it impossible to plan for the future ,and make sound business strategies. We need more detail about ‘Public Goods’ activities, and it is important that issues such as language, culture, education and social activities are included.”

FUW Meirionnydd County Executive officer Huw Jones added: “I thank both Robert and Jane for their time. The visit provided an opportunity to highlight the importance of future farm support, and that our farming families have an incredibly important role to play when it comes to keeping rural communities alive, the economy going, maintaining jobs in the industry and also making sure that we have a sustainable agriculture sector.”